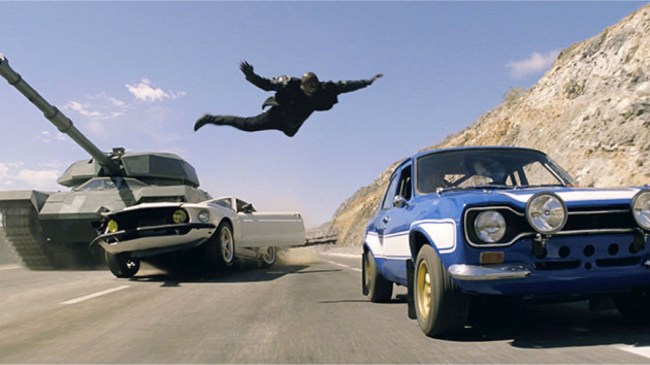 It wouldn’t be a “Fast and Furious” movie unless shit got wrecked. And throughout the “F&F” franchise, a lot of shit has gotten wrecked. An insurance company set out to find to discover exactly how much and wow. Just wow.

Insurance company InsuretheGap.com discovered that an ASTOUNDING $514,364,366 worth of damage was done during the franchise. That’s more than the GDP of some countries. 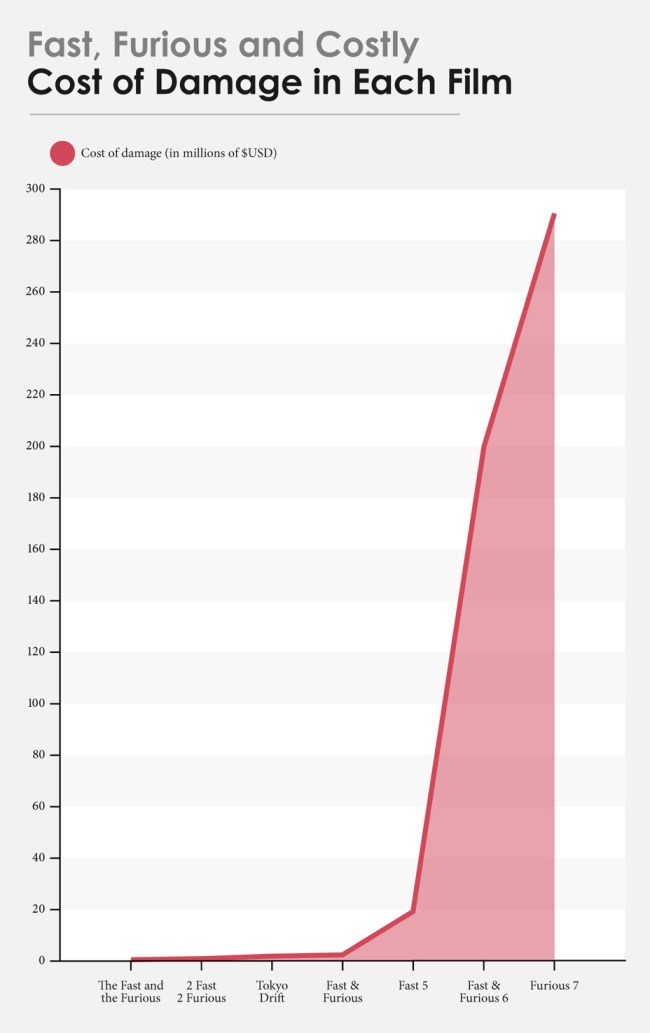 If trends continue, “Fate of the Furious” is going to cause an amazing amount of financial carnage.

Surprisingly, it’s the protagonist characters who are the ones most fucking up shit. Across the seven films, they causing $320,210,007 worth of damage. However, Jason Statham’s villain character Deckard Shaw is responsible for the most damage per character. 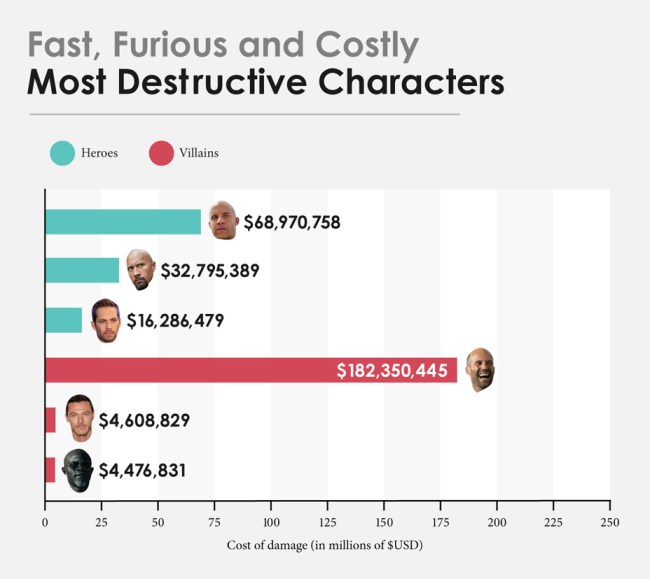 The Lykan Hypersport by W Motors, which is valued at $3.4 million, was the most expensive vehicle wasted.

During the seven-film franchise, here’s what was demolished:

See more city-destroying infographics about the damage from “Fast and Furious” over at The Hollywood Reporter.