Kids these days will never understand how Friday night TV in the ’90s was THE. BEST. THING. EVER. Just zone out to ABC’s TGIF and get the ultimate slate of kid-friendly, kitschy ’90s sitcoms before mom and dad cracked open a bottle of chardonnay to watch 20/20: Boy Meets World, Hanging with Mr. Cooper, Family Matters, Step By Step, Sabrina The Teenage Witch. I can’t eat a slice of pizza on a Friday night for dinner without thinking about all those happy memories eatin’ ‘za and watchin’ my shows.

Dinosaurs was heavy in the TGIF rotation. It was the best — A sitcom of joke-crackin’ anthropomorphic dinosaurs just going about their business in 60,000,003 BC. Earl, Fran, and their three kids  — Robbie, Charlene, and Baby, who had the best laugh track one-liner of era: 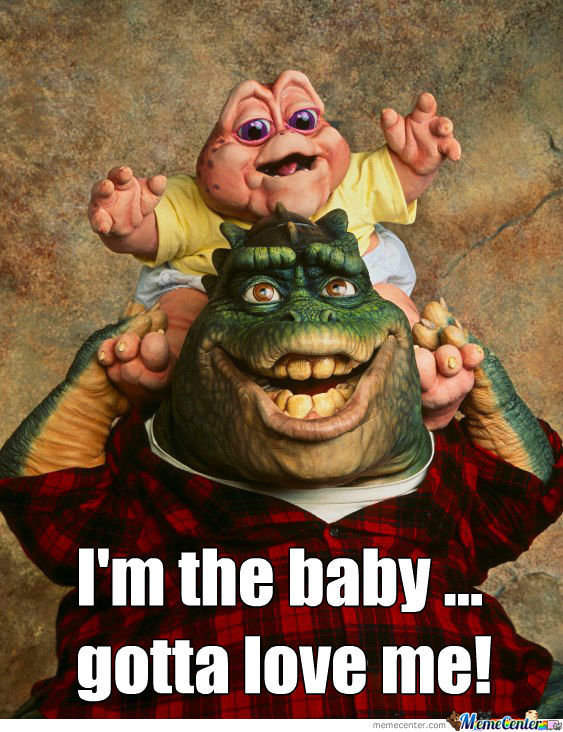 In honor of the resurgence of #ThrowbackThursday, Buzzfeed illustrator Jen Lewis had some photoshop fun with the show, mashing it up with the other iconic dinosaur entertainment of the ’90s: Jurassic Park. The images give me life, because life finds a way:

*Clears throat as if to announce something extremely important*
"Jurassic Park" but the dinosaurs are from the ‘90s TV show "Dinosaurs" pic.twitter.com/PMhfbuUlbX

Thank you for encouraging my new hobby. pic.twitter.com/QnAQU4KZvz

i will use this at every opportunity pic.twitter.com/N2yHmBnO0k