Justin Bieber Reportedly Made 8x More Than Gronk For Their Super Bowl Commercial, But They Both Got PAID 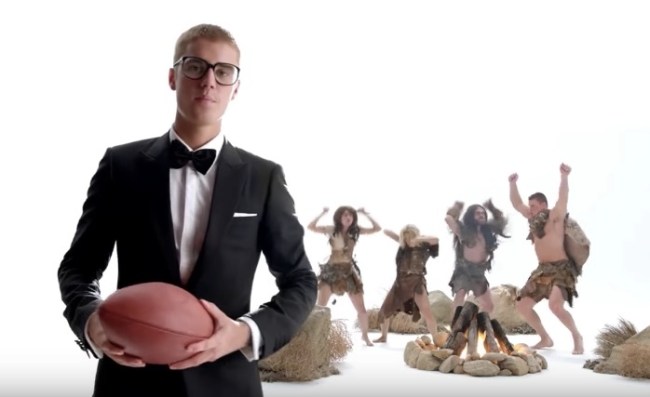 In Entourage‘s Season 2 Episode 6 Vinny Chase got paid $500,000 to do a TV commercial for a Chinese energy drink of some sort. I always sort of thought that asinine sum of money for a few hours’ work was the maximum that celebrities could earn for appearing on TV commercials.

For celebrities appearing in these big TV ads it requires almost zero effort. They work only a fraction of one day, and then get paid more than most people make in a decade. As it turns out, Vinny Chase’s $500,000 payday is chump change compared to what Justin Bieber got paid to appear alongside New England Patriots tight end Rob Gronkowski in T-Mobile’s Super Bowl ad this year.

According to industry reports, 30-second Super Bowl commercials in 2017 cost advertisers $5 million. The Bieber-Gronk ad from T-Mobile is a full 60-seconds, so this ad would’ve likely cost them $10 million just to run it on TV.

You’d think that with a budget of $10 million just to put the ad on TV that Gronk would’ve gotten PAID in the millions, but it turns out that he only made 1/8th of what Justin Bieber made.

According to PageSix, Rob Gronkowski took home $250,000 to appear on camera dressed like a caveman and Justin Bieber pocketed a cool $2 MILLION to wear glasses and dance around like a total ass hat.

$2 million to dance on camera for 60 seconds? Must be nice.

RELATED: These Are The Best Super Bowl Commercials Of 2017, From Budweiser To Pepsi