These Are The Best Super Bowl Commercials Of 2017, From Budweiser To Pepsi 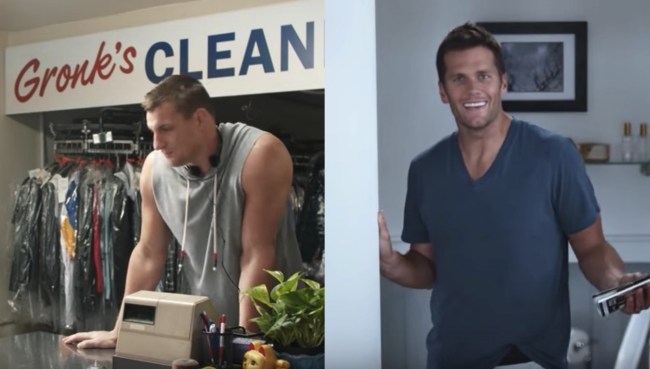 The Best Super Bowl Commercials of 2017

I absolutely LOVE that Bud Light has resurrected their once iconic spokesdog, Spuds MacKenzie. I’ve been a huge fan of Bull Terriers my entire life because of these commercials, and it’s great to see the breed making a comeback.

Due to injury, Rob Gronkowski won’t appear in Super Bowl 51 alongside his fellow New England Patriots players. He will, however, be starring in Tide’s 2017 Super Bowl commercial, and it’s sure to have every Pats fan paying attention during the commercial breaks.

Israeli-born actress Gal Gadot is poised to have the biggest 2017 of any actress in Hollywood. She’ll be starring was Wonder Woman in the film of the same name, and she’ll appear in Justie League (parts 1 and 2). She’s about to become a household name, and it only seems right that she starts entering the limelight on Super Bowl Sunday.

Intel has to be patting themselves on the back for locking up Tom Brady to appear in their Big Game commercial this year. He’s poised to take home the Super Bowl MVP trophy and the game hasn’t even begun yet.

GoDaddy’s set a very high standard for their Big Game TV spots. Before GoDaddy’s first Super Bowl commercial most people didn’t have a clue who they are or what they do. These days they completely OWN the domain hosting world, and it’s all thanks to qualty Super Bowl ads like this.

As a company, Mr. Clean is celebrating its 60th anniversary next year so this is actually a big one for them. They’re putting a lot of money into reminding people that Mr. Clean OWNS the world of home cleaning products.

Did we miss any of the best Super Bowl Commercials of 2017? Let me know by sending them to me on Twitter HERE at @casspa!