Cool Map Shows Which Netflix Show Was Most Popular In Each State In The U.S. In 2016 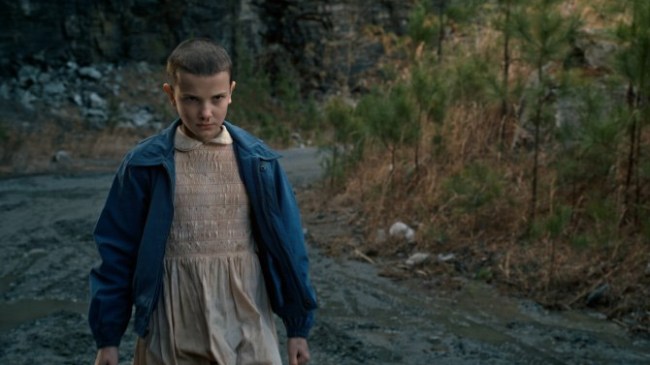 Since Netflix doesn’t actually release viewership numbers I am going to go ahead and tell you to take this information with a grain of salt.

That being said, it will still give you a decent idea of which Netflix shows are most popular in each state.

Here’s how the folks over at HighSpeedInternet.com, who conducted the study, came up with their findings…

Wondering how we determined your state’s streaming series winner? Our team took the top 75 TV shows on Netflix, cross referenced the shows with Google Trends data, and determined which series was most likely to be streamed on devices near you. So hand over the remote and settle in while we dig into the data and discuss what streaming has to say about your part of the country.

And here’s a little of what they found…

— Southerners are attracted to dramas and violence as Scandal and Bloodline take center stage in streaming content.
— The Wild West still embraces the criminal element with Orange is the New Black and Narcos.
— Pacific Coast residents keep it light-hearted with quirky comedies and romances like Crazy Ex-Girlfriend and Portlandia.
— New Englanders prefer their women strong and hearty, with shows that feature female protagonists including Nurse Jackie, New Girl, Crazy Ex-Girlfriend, and Shameless.

As you will see in the map below, Scandal took the top spot with 10 states, while Orange Is the New Black came in second with three. Stranger Things amazingly only got one. 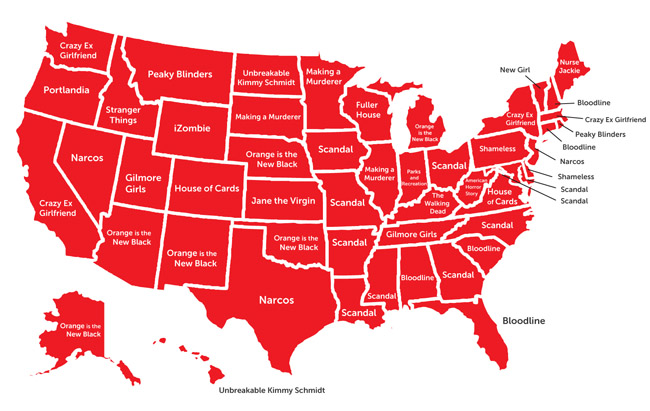 Really, Wisconsin? Fuller House and not Making a Murderer? It’s like I don’t even know you people anymore.

Check out all the details from the report, including a full list by state, over at HighSpeedInternet.com.