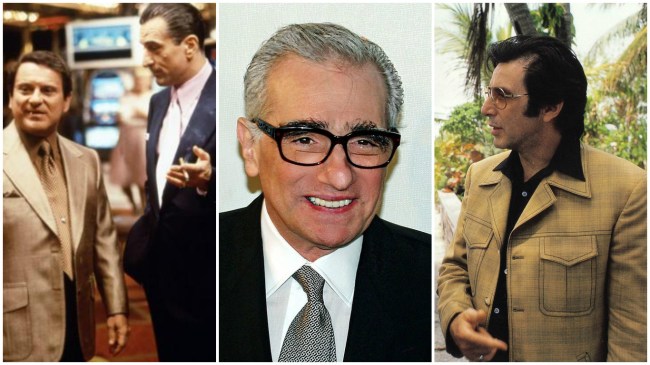 Talk about an all-world cast lead by an all-world director. Netflix saw the amazing potential and couldn’t resist plopping down some major green to get the rights to Martin Scorsese’s upcoming movie titled “The Irishman.” Especially when they found out the talented ensemble cast of Robert De Niro, Al Pacino, and Joe Pesci.

Netflix paid $120 million for worldwide rights to the near-lock blockbuster, outbidding Paramount’s $100 million. “The Irishman” documents the life of Frank Sheeran, a Teamsters official who confessed to killing Jimmy Hoffa.

The ambitious movie is expected to cost between $120 million and $150 million because of the prominent cast, but also because it will use expensive technology to make its three stars appear at different ages of their lives: 30, 50, and 70-years-old. The movie’s producer, Gaston Pavlovich, talked about Scorsese’s ambitious plan:

You don’t use prosthetics, make-up; they have acting and the technology is able to have them go through different time ages without the prosthetics. So we’ve seen some tests and it looks extraordinary. We were able to film Bob and just do a scene. We saw it come down to when he was like 20, 40, 60, so we’re looking forward to that, from that point of view, for The Irishman … Imagine seeing what De Niro looked like in The Godfather: Part II days, that’s pretty much how you’re going to see him again.

This is a reunion of Scorsese and De Niro, who last collaborated on “Casino” back in 1995. But before that the duo made some cinematic classics including “Taxi Driver” and “Raging Bull.”

But don’t get too excited because “The Irishman” won’t likely be available on Netflix until 2019.