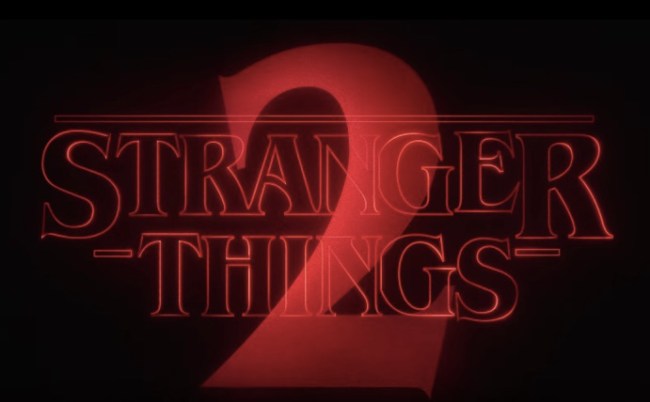 Originally, Season 2 of “Stranger Things” had a release date of October 31, but you’ll be able to binge on your favorite thrilling nostalgic TV series a few days early when it becomes available on October 27. The perfect Netflix binge-watching to get you in the mood for Halloween.

The poster features the ghost-busting gang bicycling into Hawkins, Indiana as a sinister and gigantic monster peers down from heavens that makes the Demogorgon look like child’s play. The new devilish beast for this season could be thessalhydra, another creature from Dungeons & Dragons that was referenced in the Season 1 finale.

We also get a new teaser trailer of Season 2 where we see that Eleven has her work cut out for her.

Some doors can't be closed. #StrangerThings2 arrives on October 27. pic.twitter.com/NALL5HQalg

The synopsis of “Stranger Things” Season 2:

“It’s 1984 and the citizens of Hawkins, Indiana are still reeling from the horrors of the demagorgon and the secrets of Hawkins Lab. Will Byers has been rescued from the Upside Down but a bigger, sinister entity still threatens those who survived.”

Expect Netflix to share more details on the upcoming season at their panel at the San Diego Comic-Con which kicks off on July 20.

This year, San Diego @Comic_Con is getting turned upside down. #SDCC #StrangerThings pic.twitter.com/1wFmgXpjy5