Red Dead Redemption 2 Delayed, Amazing New Screenshots Will Have To Hold You Over 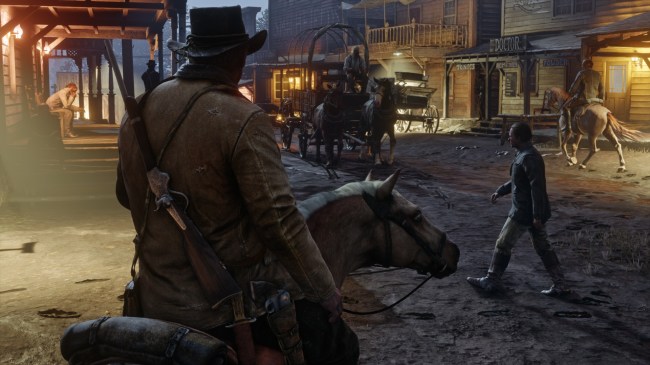 Last Thursday marked the seven-year anniversary since Red Dead Redemption was released and blew our minds. We are eagerly awaiting the sequel of the gunslinging saga, but we will have to wait a little bit longer. Rockstar Games announced that Red Dead Redemption 2 has been delayed and will be launched in Spring 2018 on PlayStation 4 and Xbox One. Previously, Rockstar said that the outlaw epic would come out in Fall of 2017.

Rockstar said this regarding the delay: “Some extra time is necessary to ensure that we can deliver the best experience possible for our fans.”

“We are very sorry for any disappointment this delay causes, but we are firm believers in delivering a game only when it is ready,” the statement from Rockstar read. “We are really excited to bring you more details about the game this summer.”

Well that sucks more than a poorly skinned varmint by a yellow-bellied nincompoop.

But enough of the bellyaching, because Rockstar did give us some new screenshots to obsess over for the next year. Let’s examine these incredible screenshots, shall we?

WOW! Check out the insane detail on the etchings on these guns! 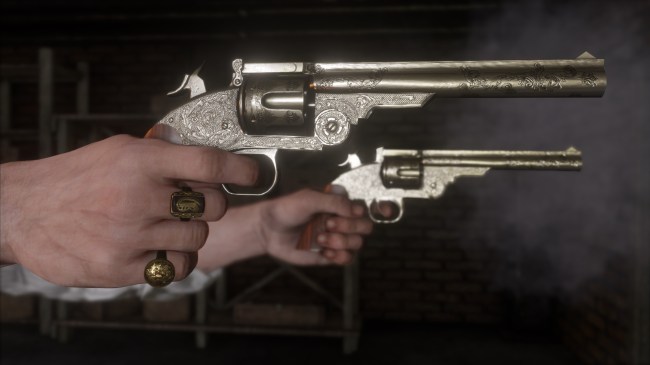 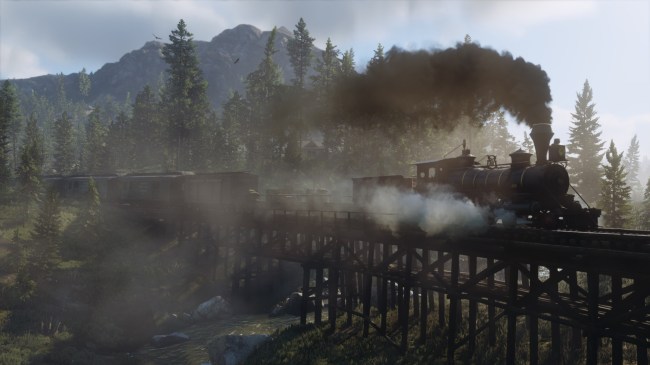 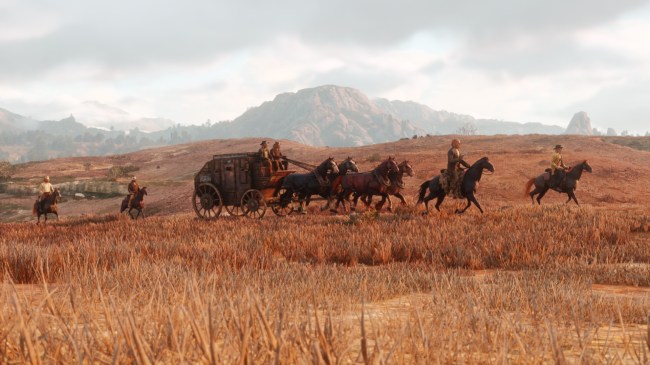 Rockstar said the game is “set across the vast and unforgiving American heartland,” but these really gigantic trees appear to be redwoods from California or Pacific Northwest. And what about those mountains. Where are they from? 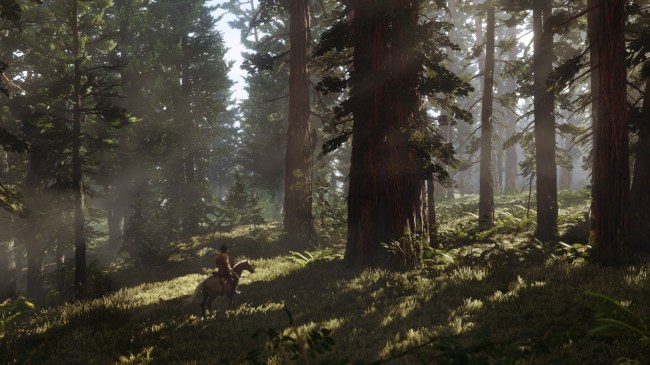 This character has two different pistols in his hands, which could mean that you can arm yourself with a different weapon in each hand.

One Redditor suggested that the guns are a Colt SAA and a Smith & Wesson Model 3.

GamesRadar believes that the game is set in the 1800s.

The Colt SAA and a Smith and Wesson Model 3 from above were mostly used between 1873 to 1892, and 1869 to 1915. The telegraph poles and possibility that the lamps are electric rather than gas would also point to a turn of the century setting, maybe continuing on from, or around the same time as, the previous game’s ending. 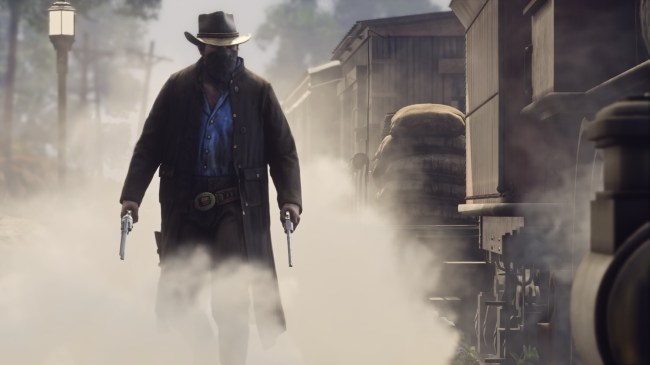 If you look at the left of the photo above the head of the man that is sitting, you will see the letters “B” “L” and “C,” could this been a sign for Blackwater, a town that was in the original game.

It appears that the game will have a single protagonist. 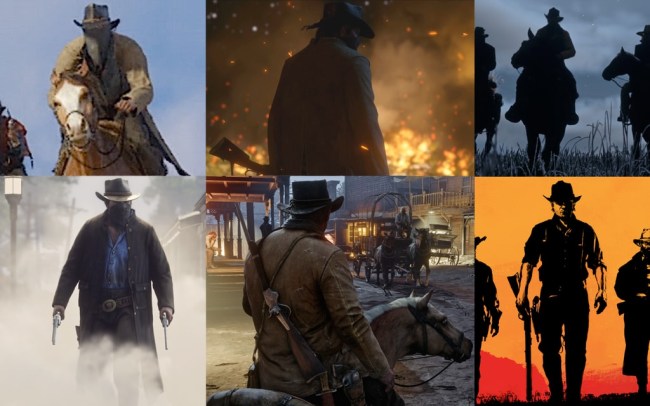 Here is an alleged map for RDR2 that leaked in April.

Here is the first trailer for the highly-anticipated game.