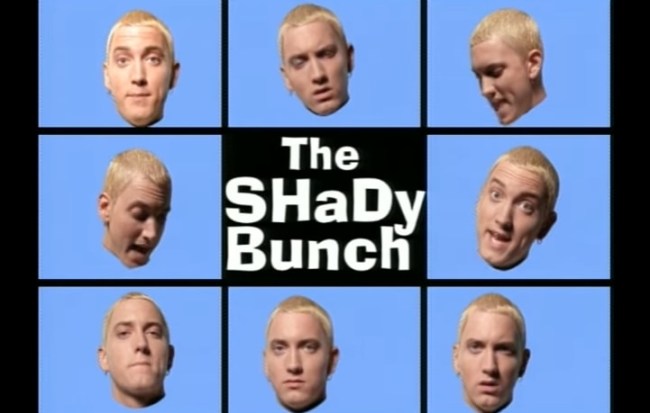 Wow, Eminem’s debut album The Slim Shady LP dropped 17 years ago. His breakout song from the January 25, 1999 release was “My Name Is,” the hit gave Em the Grammy Award for Best Rap Solo Performance the following year. But did you know that the joint has a secret message if you play it backwards?

You are familiar with the Marshal Mathers’ catchy hook:

It turns out that if you play it in reverse it says:

Another interesting tidbit about “My Name Is” is that Eminem and Dr. Dre finished the song in only an hour or two. Dr. Dre said it was the first time they worked together in the studio, but they had an instant connection. Dre told Esquire in 2013, “I put the track on, we had a little bit of idle chitchat, I put on the beat, and maybe five seconds in – I swear to God – he goes, ‘Hi, my name is.’ That was it. And it’s still clicking.”

In a 2013 interview with BBC Radio 1 DJ Zane Lowe, Eminem said, “I understood that ‘My Name Is’ was funny and that it was a little kitschy. The whole record was tongue-in-cheek. I still do a lot of records like that. That record was almost my anti-pop song. It was my ‘hello’ and ‘fuck you’ to the world at the same time. I never understood how that became a pop song.”