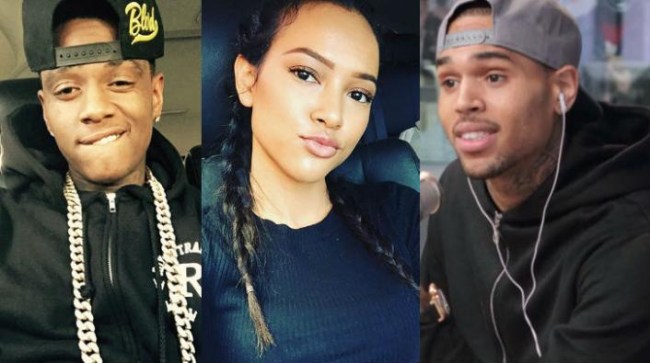 Fresh off his beef with Shia LaBeouf, Soulja Boy has taken aim at Chris Brown.

On Monday night, Soulja tweeted that Chris Brown got upset that he liked an Instagram pic of Brown’s ex-girlfriend Karrueche Tran. Brown allegedly got so upset that Soulja Boy said that Brown called him and threatened to fight him.

That nigga @chrisbrown better not tweet shit with his pussy ass. He called my phone trippin so now I'm trippin Fuck nigga. Fruits! 🔥👌🏾

Chris Brown clapped back with a video message where he called Soulja a “snitch.”

Soulja Boy retorted by reminding Brown about the domestic abuse of Rihanna.

Hearty face emojis gonna get someone killed out here.