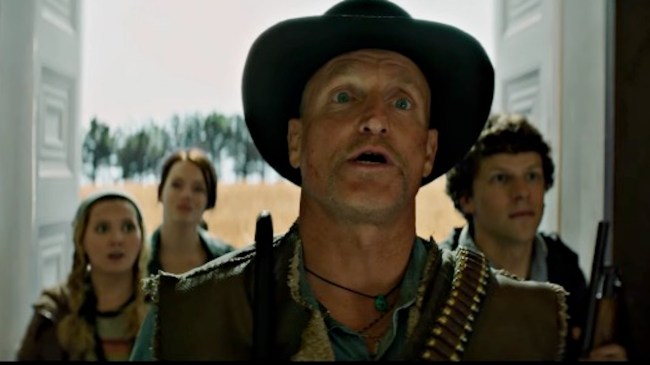 In recent years, Hollywood has justifiably been given a ton of shit for its lack of originality.

With the constant stream of reboots, remakes, and sequels, the perception has become that movie studios are unable to come up with their own ideas, whether that be due to a lack of creativity or an obsession with turning a profit.

And while the narrative that Hollywood is too franchise-heavy is certainly true, I doubt you’ll find anyone complaining about the upcoming Zombieland sequel, Zombieland: Double Tap.

A sequel to the 2009 cult classic (yes, despite only being a decade old, Zombieland is one of those rare films that became an instant classic), Zombieland: Double Tap has somehow gotten all of the original cast members together again, despite the significantly greater levels of fame they currently enjoy.

Back in 2009, Jesse Eisenberg had yet to star in The Social Network and Emma Stone was still just that chick from Superbad. Now, 10 years later, both have Academy Award nominations under their belts, with Stone even taking home the prize for Best Actress for her performance in Lala Land.

In addition to Woody Harrelson, Emma Stone, Jesse Eisenberg, and Abigail Breslin all returning to their original roles, Zoey Deutch, Rosario Dawson, Thomas Middleditch, and Luke Wilson are all set to star, with Bill Murray and Dan Aykroyd set to make cameo appearances.

Zombieland: Double Tap will hit theaters in the United States on Friday, October 18.