It’s always a good day when we have new Lil Dicky videos in our lives. Our favorite rap game University Of Richmond alum/Philly sports fan/Trojan BareSkin condoms spokesperson is back with an epic, 10-mintue jam about making post-sex pillow talk conversation with a one-night stand. Things get extremely existential quick and… Wait… Is that John C. Reily as God? Holy shit, nice work Dicky. 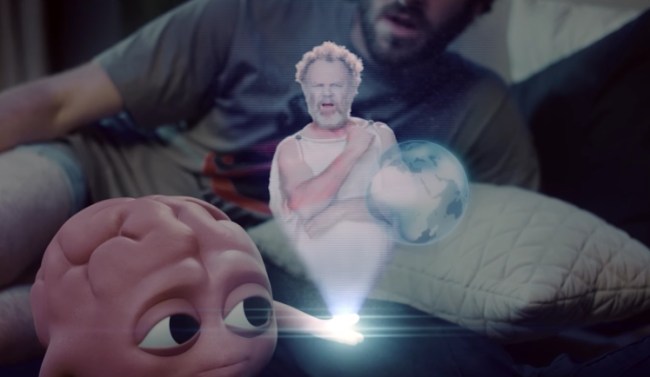 According to Lil Dicky’s team, it’s “the 49th most expensive video of all time” and the animation is from the same team that did the animation for the Jurassic World movie:

Clocking in at over eleven minutes, it’s more of a cinematic experience than a music video, one that needs to be seen to be believed. What starts off as a polite conversation between Lil Dicky and his one night stand, ends up evolving into a hilarious – and yet deeply existential – debate concerning the existence of aliens and God (played by John C. Reilly), the extinction of the dinosaurs (with animation from the same team that did the last Jurassic Park film), and the morality of carnivores. Not to mention, a fully animated representation of Lil Dicky’s brain (Brain is also the featured artist on the track).

Lik Dicky’s videos just keep gettin’ better and better. Can’t wait to see what he does next. And his condom commercials are still one of my all-time favorite things.