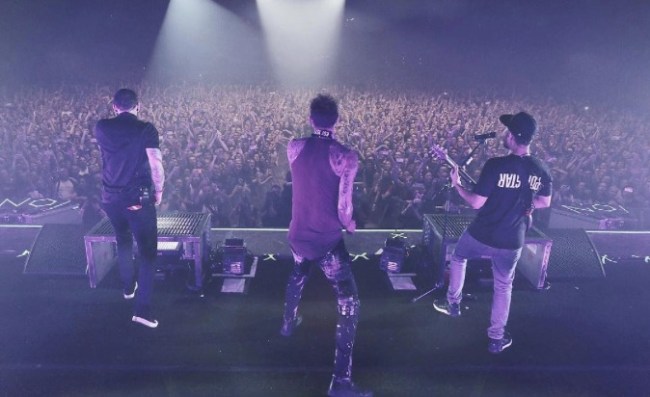 Back in 1996, three high school friends from a Los Angeles suburb recruited three local musicians to join their band, Xero. After failing to get a record deal and a general lack of success, two of the newcomers–including the lead vocalist–left for greener pastures. OR SO THEY THOUGHT.

That’s when Xero, led by Mike Shinoda, recruited Arizona post-grunge vocalist Chester Bennington to join the band, which was newly dubbed Hybrid Theory. Bennington and Shinoda’s vocal chemistry helped to breathe life into the band, whose name they changed once again to Lincoln Park, a homage to Santa Monica’s Lincoln Park (fun fact: they changed it to “Linkin” to acquire the internet domain “linkinpark.com.”)

After getting shut down from multiple major labels, including Warner Bros. three times, they finally signed with Warner Bros. Records in 1999. The rest is history. Just one year after signing, the band’s debut album Hybrid Theory went certified diamond. To this day, Linkin Park has sold over 70 million albums worldwide and has won two Grammy Awards.

Mike Shinoda, Linkin Park’s co-founder, recently shared a photo of the band from 1997 or 1998 before its meteoric rise to fame. He believes this is the first photo ever taken of what would later become Linkin Park.

1997 or 1998…I think this was the first photo we ever took together. We had just told Chester that we wanted him to join the band. He said he was ready to move out from Arizona to L.A. We went to a pizza place near UCLA to hang out and talk about what to do next. The band was called Xero at the time, and we probably had less than a half a dozen songs. No flame tattoos yet, no red hair yet, most of us were still in college.

I’ve been listening to Hybrid Theory for a week following Bennington’s death. I forgot how many bangers are on that album. The music will live forever.