Bodybuilder Tries Eating And Training Like Mike Tyson For A Day: ‘I’m A Wreck Right Now’ 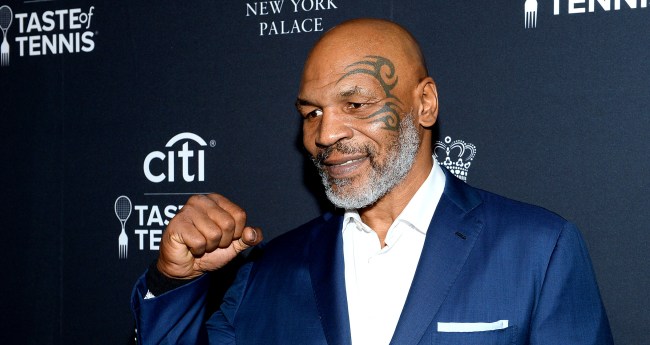 Bodybuilder Gabriel Sey was so excited to see two of his favorite boxers, Roy Jones Jr. and Mike Tyson, come out of retirement for a big fight against one another, he thought it was only “right to try a day in the life of Mike Tyson in his prime.”

As Sey says in the description to the video, “His routine was ridiculous and included 10 rounds of sparring, 2000 squats and more 6 days a week!!!”

He wasn’t kidding about the ridiculous part.

“I guess it’s kind of the calm before the storm,” he says.

When he gets up again Sey eats oatmeal with fruit, peanut butter, honey, a protein shake and some vitamins – Iron Mike’s favorite breakfast.

Next, Sey tries to complete a chunk of the 2,000 squats Tyson reportedly did on a daily basis.

“I kind of want to call bullsh*t on this whole routine. The sparring took a while in itself. I’m going to try and knock out some of the calisthenic stuff now. It’s a ridiculous amount,” he says. “I’m a wreck right now.”

It was at that point Sey admits, “I’m mashed. The sparring is a different level, I can’t believe he does 10 rounds every day.”

Now it’s time for a lunch of chicken, rice, veggies and water (carbs and protein), followed by six three minute rounds of shadowboxing (which he shortens to two minutes each because he’s pretty gassed).

Following that, Sey does more squats, along with pushups and situps, downs a protein shake and scarfs six whole bananas.

After his snack, it’s on to jumping rope and some more shadowboxing and calisthenics.

A dinner of salmon and rice follows, and the day ends with a 30-minute bike ride.

“All in all, it is a lot of volume,” Sey says when he’s finally finished. “I’d like to know what he does in terms of recovery.”

(The choice between the higher and lower rep totals had to do with whether Tyson’s workout was going to be performed 5 or 10 times in a given day.)

Jesse decided to go all out and perform 4500 reps in 24 hours. And he paid the price.