How Michael B. Jordan Packed On 24 Pounds Of Muscle To Move Up A Weight Class For ‘Creed 2’ 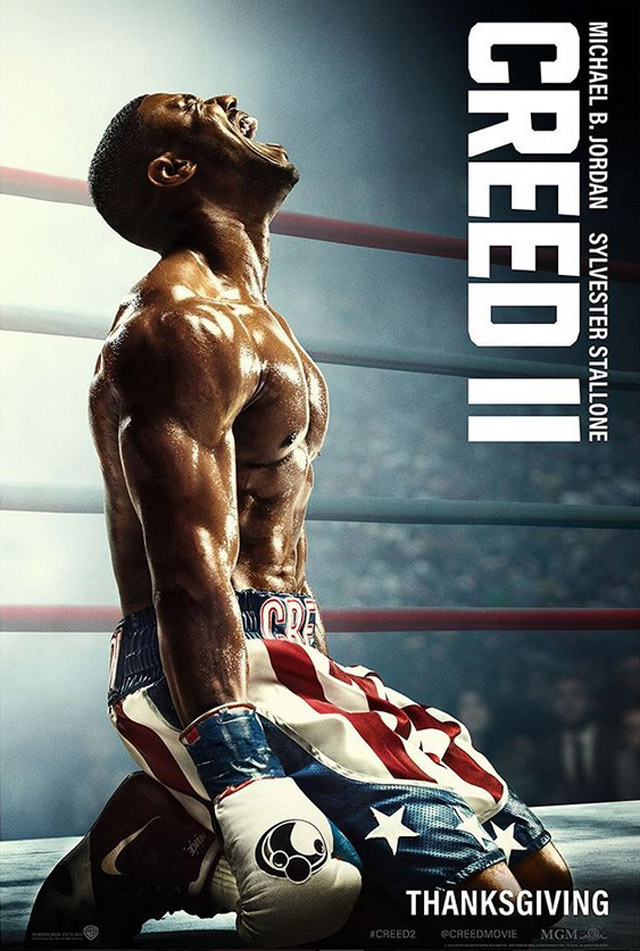 Was anyone else sitting there watching Creed II thinking as the movie played out, “Wasn’t Adonis Creed like a light-heavyweight or something? Why is he now fighting these giant men?”

And the answer to the second question is, “I truly have no idea.” Maybe it was because they thought it would be easier to buy Adonis moving up to heavyweight than it would be for the gigiantic Ivan Drago to have a son who is a light-heavyweight.

Anyway, it is what it is, and perhaps the most impressive part of the change in weight classes is the fact that Michael B. Jordan was able to pull it off.

As for how he pulled off such a body transformation, we go to the folks over at Men’s Journal who spoke with Jordan’s trainer Corey Calliet to find out.

“He’s huge,” Jordan said during promotion for the movie. “I was like what weight class are we fighting in again?”

During a pre-production meeting, Calliet remembered film director Stephen Caple Jr. also commenting on the huge size difference. “He was saying they looked like David and Goliath,” says Calliet. “I couldn’t wait to get back into the gym with Mike, because I knew that we were going to build him into another Goliath.”

Calliet set an intense four-month plan in motion, which would give Jordan the same size he built for his Black Panther character Killmonger, while making him more explosive. The regimen included complex lifting movements Calliet developed using his bodybuilding background, as well as exhaustive boxing sessions — more than they had done on the first Creed.

"This kid was raised in hate." #creed2

Calliet also explained that in order to put on the weight needed for Jordan to play a heavyweight they focused on using dedicated circuits, focusing especially hard on the shoulders.

As anyone who has seen the film knows, it definitely paid off.

I’m not saying I’m the G.O.A.T or the Greatest but….. I’m undefeated on the movie screen🤷🏽‍♂️😎 I’m sorry Apollo Creed but I bodied you on this one. Creed2 in Theaters tonight!!!!!! #creed2 #theanswer #transformationspecialist #mrcalliet👑 #bodyarchitect #yaheard

And if you want to learn even more about how other famous people train, just peep these workouts and diet plans…