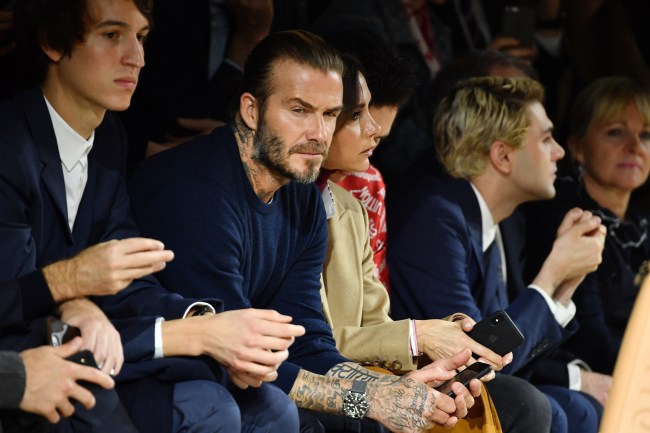 A decade ago, when Gwilym Pugh was a portly insurance salesman, he could have never imagined he’d one day become a GQ model. But, if Danny O’Shea can beat Kevin down Cherry Hill, Pugh can become an elite model.

And that’s what he did. The now 33-year-old London man dropped 98 pounds, grew a beard and eventually was granted the opportunity to model for David Beckham.

Pugh, who claimed he gained a ton of weight from working long hours from home, told the Daily Mail:

“At that time I was pretty overweight, working 12 hours a day, plagued with injuries which meant I couldn’t train at all. I decided I needed to get my life in order and wanted to get healthy again.”

Pugh decided to ditch his uninspiring job and take on the lifestyle of a Brooklyn hipster. He joined a folk band and grew a gingery beard and over five years lost 98 pounds.

He started an Instagram account, which now has ballooned to 191,000 followers, and was eventually contacted by top London modeling agency AMCK Models. Since then, Pugh has modeled for GQ Magazine and worked with international brands such as Belstaff, Vans, Diesel and Bud Light. He’s also an ambassador for David Beckham’s new male grooming brand, House 99.

Moral of the story: love the excess weight, grow a hipster beard, learn how to play the ukulele, start and Instagram, become famous. Easy peezy.

Oh, also look at the camera like you want to fuck it.