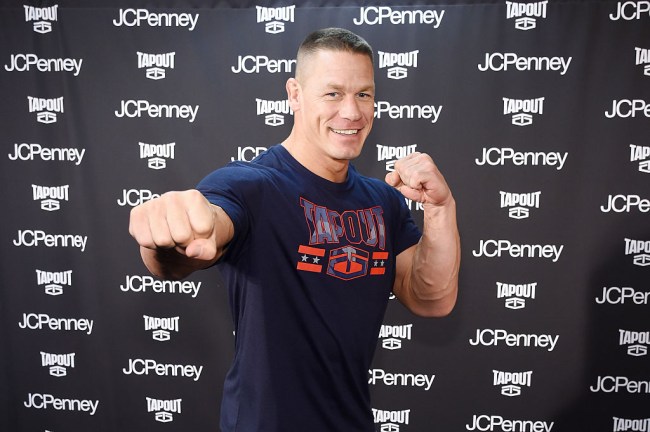 Without a question, John Cena has the best entrance music in WWE history. A few weeks ago I jumped on the phone with Cena to talk about cheat days, his fitness routine, and his new Tapout body spray line. The second he jumped on the conference call, part of me expected to hear his signature “dun dun dun dunnnnnnn” before we jumped in the interview.  Instead, I get a polite yet enthusiastic introduction from a WWE PR handler:

“Hello, Brandon. You have WWE superstar John Cena on the line…”

Below is my interview with John Cena, the leader of Cenation himself. If you’d rather listen to the interview, hit the play button in the Soundcloud player below…

Well, the relationship with Tapout spans far beyond body spray, the official training brand of the WWE. So we are very much into the athletic apparel, fitness and wellness space. And it was a great natural progression, as we look into– OK, how can we further expand the brand? And when we looked at the body spray market, we knew we could compete with a wonderful product. We have a great partner in Elizabeth Arden who came up with the scents. We have a great partner in Walmart to get us in stores at a great price point, so consumers aren’t going to break the bank with these things. And the scents are wonderful, and we’re actually using our platform to send a message that we always do.

Our trademark is to “be unstoppable.” But it really is, as a body spray, to invoke confidence and invoke self-worth. A lot of the body spray campaigns, oftentimes, feed off of the non-confidence of male. So I guess, in the Pro Bible, if you’re already confident, or if you’re seeking confidence, this is something that it’s a great product at a great price point, that I feel sends a great message.

Awesome, that’s great to hear. How would you personally describe your musk, if you will? I think that everybody has their own musk, and I’m curious what adjective you would use to describe how you feel you smell?

Well, the scent that I gravitate towards has to be long-lasting. I’ve been in a crowded room for 24 hours, and I’m sweating my face off musk. And that’s not really a confident place to be. So I definitely want something that will last. It depends. I go to warm weather and cool weather climate. I think mostly in warm weather, I would define it more as a fresh, like a spring time musk. And then, in the cool weather climate, like a bold– I don’t want to say woodland, but man, that’s probably the best thing I can do.

Woodlands. Very timber-y of you.

Awesome, so looking back in your career in the ring– obviously, scent is all about inspiring that confidence– what is a moment in your career that you feel like you needed that extra, motivational push?

I think we all have up days and down days, but I’ve never needed to draw anything from anywhere. I’ve always been pretty good in life, in general, since a young age, of getting my ass in here and just doing it. And I think there’s a lot of people out there that can relate to that. There’s a lot of hard workers out there, and this is where this product category is pushing towards. Not only, maybe, will it be able to provide you with that extra push, but at the same time, it is for the driven folks who get out there every day like myself.

I’ve had successes, and I’ve had failures, over my life. There’s never been a point where I was just like “ah man, I don’t know where I’m going to get motivation to make it through the day.” I’ve always been able to pick myself up and dust myself off.

When you’re training to be at your absolute peak, is there a part of your workout routine that you absolutely hate to do?

Yes, there is. It is anything having to do with biceps. Imagine that, the one muscle that usually all of us gravitate towards and want to train, because big arms usually is a symbol of universal strength. I’m a strength athlete, and I’m a performance athlete. And big biceps do little for general strength and performance. So I hate doing any sort of curls.

How do you amp yourself up when you know it’s curl day? 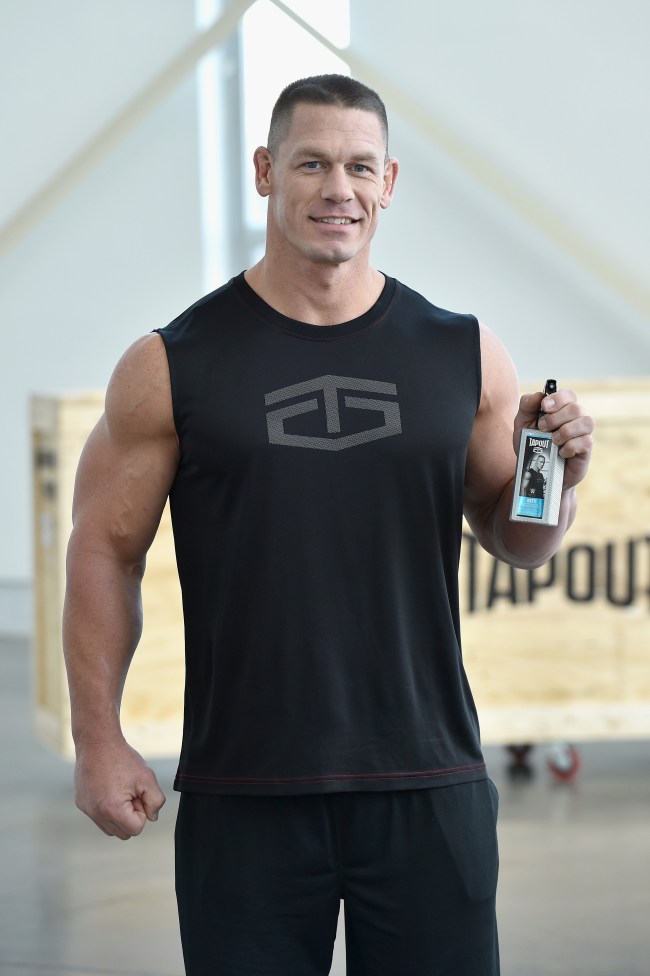 That’s great. So a couple of more questions– let’s talk about fitness cheat days. Do you subscribe to the belief of cheat days to get started?

I get what they mean, but I hate the word, because in the realm of fitness, we all should take a little bit of ownership for it. Like, we all know that eating food that isn’t necessarily healthy isn’t good for us, and the word cheat gives us entitlement to just cheat. For a while, I was calling them load days, because you just, basically, load up on empty calories– because I don’t want to just give myself the freebie. I think the word cheat– and this is really, maybe, psychologically breaking it down too much. But if you do it once, and that’s just for diet, I think you’re apt to do it again. You may be able to be like ah, I’m just going to take a cheat workout day or a cheat workout week or a month. And then, you stop, then you’re not doing anything.

So I definitely subscribe to living life, loving life, enjoying food, relaxing, spending time away from the gym, giving your body recovery– especially now that I’m 40. But I wouldn’t necessarily attach the moniker cheat. It’s just the common place for how we define it, but I don’t know. I don’t like that terminology.

Great, that’s awesome. What would you say on your loading days? What type of empty calories do you load up on there, specifically?

Man, I am absolutely a baked goods person. I love baked goods. I love pancakes and French toast and muffins. I love baked desserts like cookies, pies. I love ice cream. I’m really just, usually, a meat, vegetable eater, so I’ll gravitate towards starches. I love like potato dishes, hash browns, fried rice, stuff like that– pretty much the things that I don’t get in the normal basis. And I will in, and I will go in pretty, pretty bad– big stacks of pancakes, big servings of rice, and enjoy that type of stuff. That’s probably what I’d enjoy the most.

Yeah, but not like….  Nicole — that’s my fiancee, excuse the explanation. But does she tends to gravitate towards hard candy and sugary sweets. And I know a lot of people have those. It’s either one or the other. You’re either a baked goods person or a sugary-sweet person. I really can’t stand candies of any kind. I just always love baked goods. I’m a sucker for that stuff. 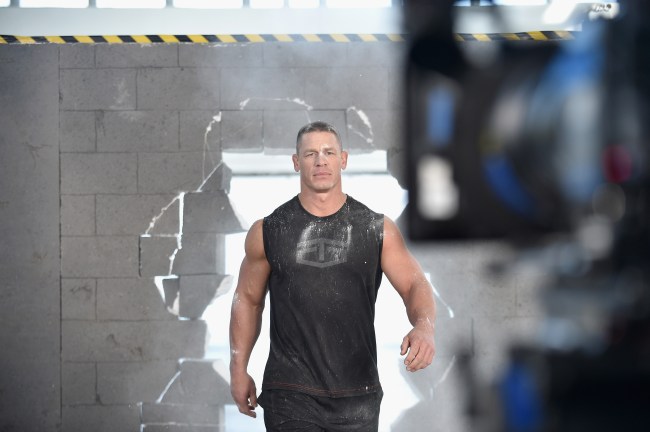 Last question– kinda regarding Nikki, actually. Let’s talk wedding prep. Obviously, you guys are in the middle of it. How’s it going, and do you have any advice for grooms to be about that process?

Yeah, it’s going great, and it’s going slow. My advice is don’t rush it. And I think maybe a bit of advice that can help, not only with the day itself but the relationship beyond the day itself, don’t be afraid to communicate, don’t be afraid to tell the person what you feel is important about the day. Don’t be afraid to be involved. And don’t take it as a pain in the ass. It’s not. It’s a very important thing. It’s a very important commitment. I think the day should be celebrated and should be unbelievable for both parties, the male and female, the bride and the groom. And the only thing that I said is that I would like great music, great food, and an open bar. And that’s where I’m starting. And then, I’ll worry about silverware and floral arrangements when the time comes, but that’s my starting blocks.

Awesome, that’s great. One last thing, John, would you mind giving a message to BroBible readers about just staying motivated in terms of working out and hitting the gym and living your best life?

Well, I’m sure the Bro culture is filled with manliness, which is why they’re going to read this article and probably want to punch me in the face. My advice is– I’m trying to think, because I would imagine the readers of Bro Bible are already fairly motivated. So instead of trying to get them motivated even more, I think the best advice I’ve ever given to most people is be consistent and set realistic goals, especially, when it comes to fitness. I’ve seen people that don’t have a high level of fitness walk into the gym and say I want to bench 405 pounds, when they really don’t even know how to do the exercise in the first place.

Step one, learn to do it right. Step two, learn what your strength is. Step three, make a realistic goal. So for everybody in the gym– and I know it’s right in the middle of the summer, so people are probably flocking to the gym to keep their body in shape — just make realistic goals. Even if you’re super, super advanced — I’ve been lifting for 30 years now and I have to calm myself down from the goals that I set sometimes, because they truly are a little bit unrealistic.

So just keep everything in good perspective and stay consistent.