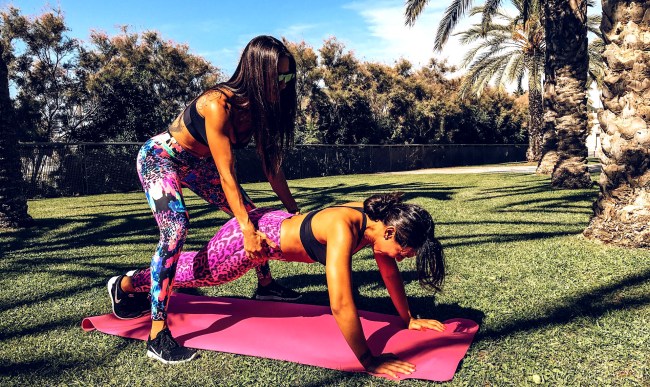 What is the most number of pushups you think you can you do in a row? 10? 20? 500? Okay, that’s probably too high of a number, but what about five? Do you think you can do five consecutive pushups? Because a very large portion of Americans say that they can’t.

At least that’s what the results of a new survey conducted by Gymless.org claims to have revealed.

According to their survey of Americans over the age of 18, over half of all respondents said they could not do 10 pushups in a row. Perhaps even more surprising, over a third of those polled said they couldn’t even do five.

So much for everyone getting in their workouts at home during the pandemic.

Of those 36.4% who claimed to be unable to do even five pushups consecutively, it was rather evenly distributed by age.

Based on these results, it appears that regardless of how old a person is, many of them would be well served to get into better shape.

When compared to a 2019 report by the Canadian Society for Exercise Physiology as well as the American College of Sports Medicine, these new survey results appear to show a sharp decline in the average American’s fitness level.

While we can’t say for certain that the average American’s pushup count has declined over the years, we can say that our data yields grim results compared to physician’s standards. Since the average American cannot perform more than 10 pushups, we can conclude that they also fail to meet the benchmarks established by national medical bodies.

The fact that so many of those surveyed can’t do even five pushups in a row will yield very real health consequences down the road for a large portion of America.

A 2019 study by Justin Yang and colleagues published in JAMA Network found a negative association between one’s push-up capacity and cardiovascular disease risk. In fact, those who could perform 40 or more push-ups were found to be 96% less at risk of heart health problems over a 10-year follow-up period.

To read the full results of the Gymless.com survey, including a PDF of the report, just click here. Then go do some pushups.