Analyzing The Pros And Cons Of Fitness Trackers, Plus Which Wearable Tech Works The Best 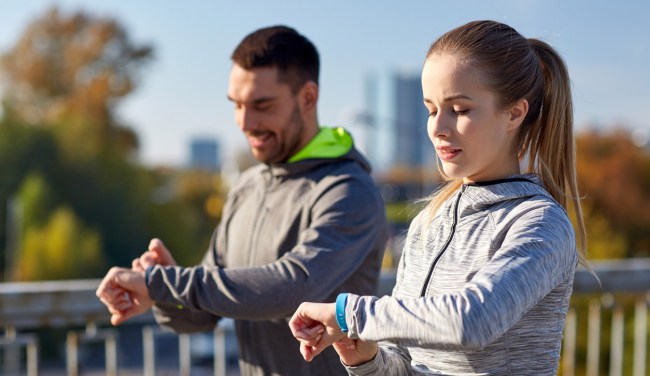 While celebrities have access to the best trainers, most of us regular people are just dependent on our wearable tech to help us hit our fitness goals. And people are doing just that in record numbers.

Roughly 1 in 6 people own some form of wearable technology like a fitness tracker, and that number is expected to grow even more in 2019. In fact, the overall market doubled from $2 billion to over $4 billion just between 2015 and 2017. (Even if they are giving us all sleep disorders.)

But how many people actually wear these devices during workouts, and are they working? The team over at FitRated.com surveyed over 1,000 adults to see if our digital gym buddies are actually effective or just plain distracting.

• Among the top abandoned trackers, 44% of people quit using MyFitnessPal because it takes “too much effort to use.”
• Overall, fitness trackers are the most effective for sports, but only 22% of athletes actually want to share their personal fitness data.
• 71% of gym buffs say Fitbit is doing them justice and yet the device only has a 3.9 star app rating — who should we believe?

The rest of the story…

According to FitRated.com’s research, 39 percent of men and more than half of women used a wearable fitness tracker when they worked out.

Fitbit was rated as the most popular fitness tracker with MyFitnessPal coming in a close second, followed by MapMyFitness, Nike+ Run Club, and Strava. 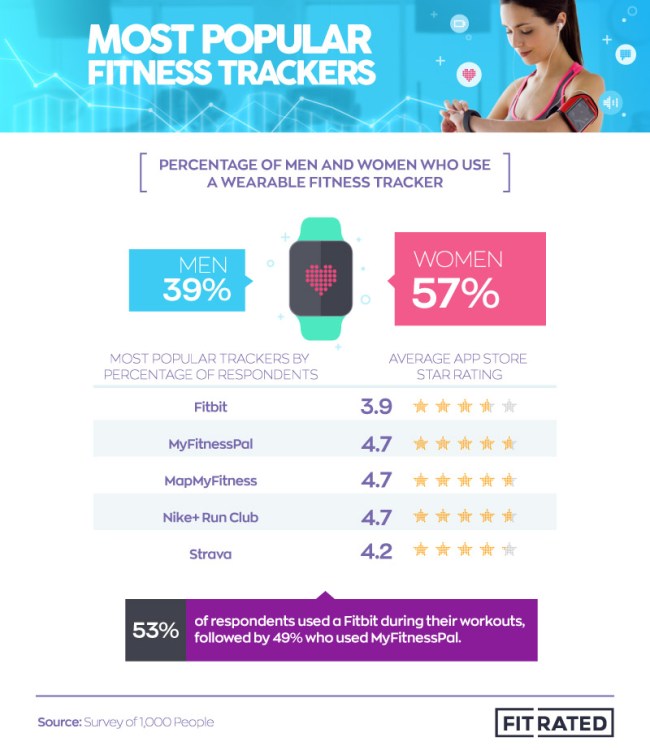 68 percent of men and women who always used trackers found they enjoyed working out. People who only occasionally used a fitness tracker were less likely than those who didn’t use them at all to enjoy the time they spent sweating. 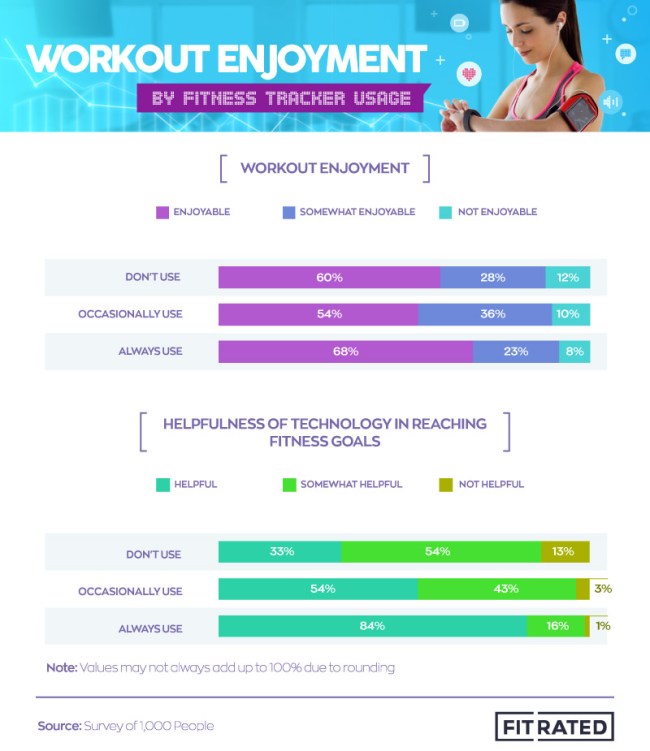 People playing sports like tennis, soccer and Frisbee found fitness trackers the most effective, with 78 percent suggesting their devices helped them reach their fitness goals and more than 1 in 5 sharing their fitness data. Participants of kickboxing, rowing, and HIIT (high-intensity interval training) had similarly high percentages of positive sentiment toward using fitness trackers to reach their goals. People doing barre exercises typically found fitness technology the least effective but were overwhelming the most likely to share their personal fitness data. 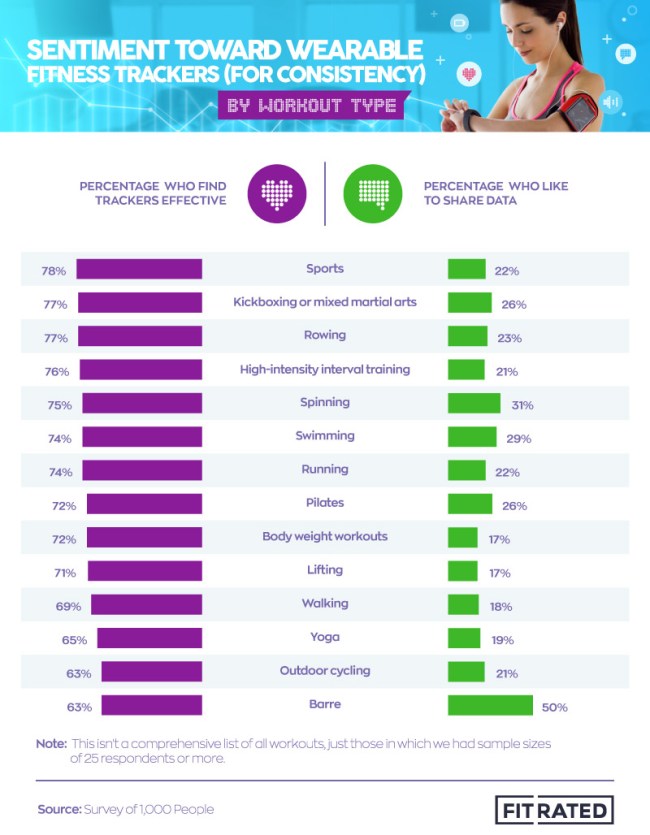 Among the most popular fitness trackers, 87 percent of people rated Strava as the most effective for reaching personal fitness goals. MapMyFitness, Samsung Health, and MyFitnessPal were also rated among the most effective, while people overwhelming rated Samsung’s native software companion app as more effective than Apple Health. 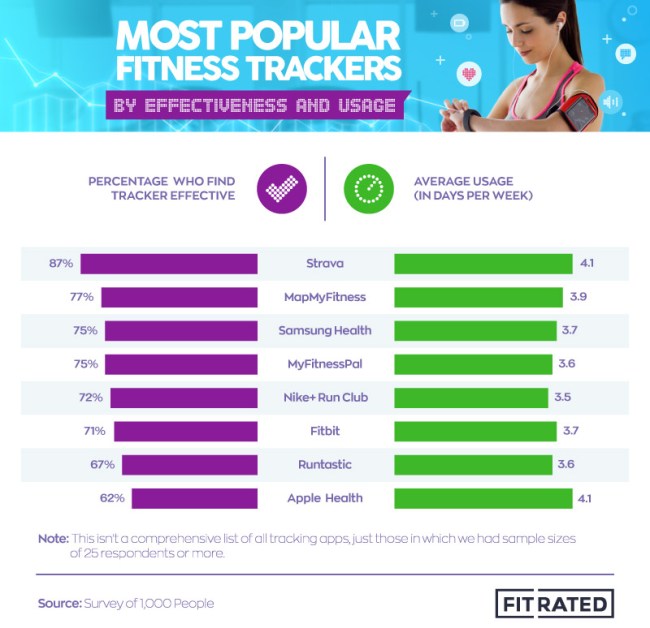 Of those surveyed, 30 percent admitted to quitting using a fitness tracker at some point, led by MyFitnessPal (44 percent), Fitbit (38 percent) and MapMyFitness (14 percent). 44 percent of people who quit using MyFitnessPal said it took too much effort to use, and 33 percent of Fitbit abandoners said they wanted to focus more on their workouts instead. 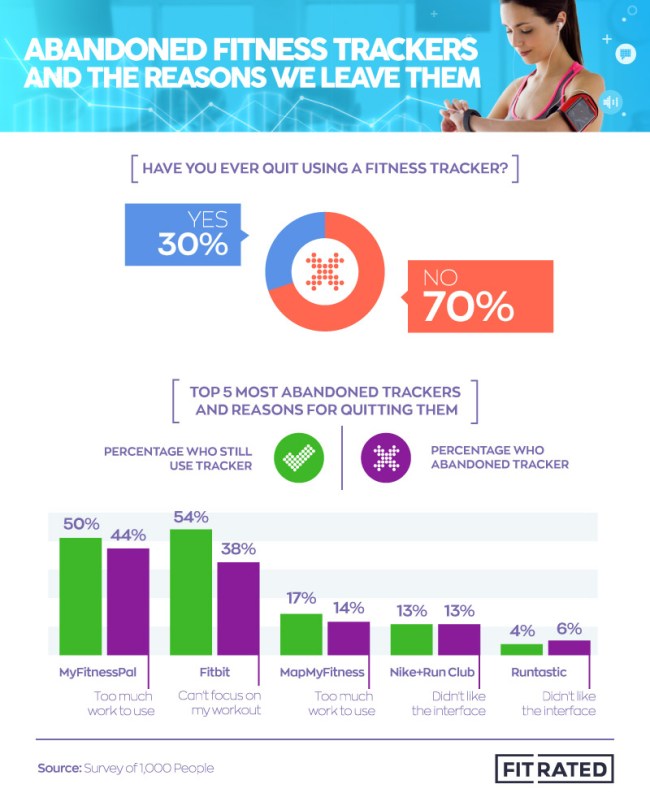 View the entire study over at FitRated.com.