Today In Great News, Your Sleep Tracker Might Be Giving You A Sleep Disorder! 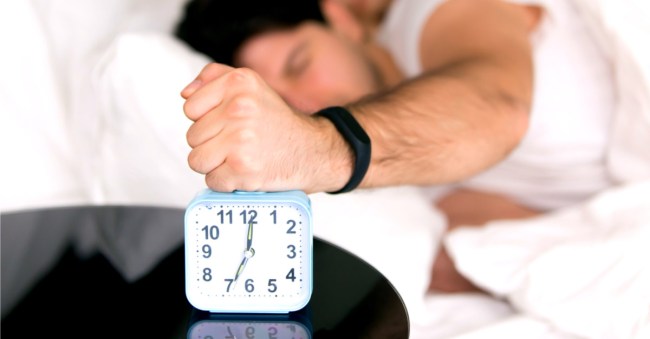 Well, here’s some awesome news. Did you know that it’s possible for your fitness tracker to give you a sleep disorder?

I don’t know why this surprises me. Anything that I like usually turns out to be trying to kill me so why not my fitness tracker?

A study published in the Journal of Clinical Sleep Medicine reports that due to the widespread use of these fitness trackers that record sleep, “There are an increasing number of patients who are seeking treatment as a result of their sleep tracker data because of concerns over both sleep duration and quality.”

Basically, our sleep trackers are making us neurotic and anxious about getting enough proper sleep, which in turn has created a whole new sleep disorder! Awesome!

Despite multiple validation studies that have demonstrated consumer-wearable sleep tracking devices are unable to accurately discriminate stages of sleep and have poor accuracy in detecting wake after sleep onset, we found patients’ perceptions difficult to alter. In addition, lack of transparency in the device algorithms makes it impossible to know how accurate they are even under the best circumstances. These cases suggest there may be unintended effects of sleep tracking for a subset of patients. For example, all three patients [in their study] were spending excessive time in bed in attempts to increase the sleep duration reported by the sleep tracker, which may have exacerbated their insomnia. Given that these devices tend to overestimate sleep, they may have served to reinforce poor sleep habits by encouraging extending time in bed.

The use of wearable sleep trackers is increasing, and most consumers are unaware that the claims of these devices often outweigh the science to support them as devices to measure and improve sleep.

…regardless of poor validation data, consumers are enthusiastic about this technology and often think the data are highly consistent with their experience of their sleep.

In other words, quit worrying about how much sleep your fitness tracker says you are getting and chances are pretty good you will get a better night’s sleep.