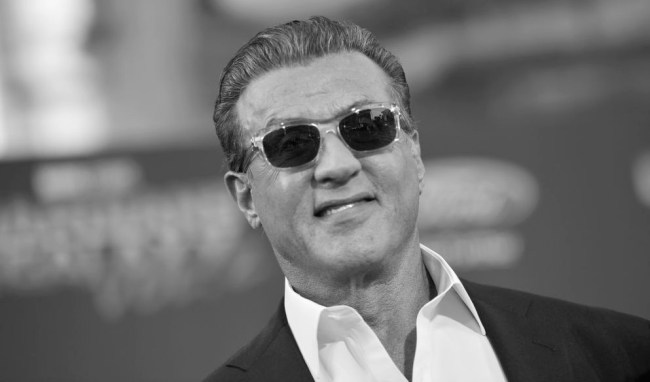 Sylvester Stallone’s trainer Gunnar Peterson discussed some of the workout regimen the 72-year-old action star goes through to stay fit for films like the upcoming Creed 2.

However, Creed 2 probably isn’t going even be Stallone’s most physically demanding film he’ll be working on in 2018. According to a new report, Rambo 5 will begin filming in September of 2018 with Spain/Spanish Canary Islands potentially being used as the filming locations for the movie.

Speaking to Men’s Journal, Peterson says Sly doesn’t like to dick around when he hits the gym.

“Sly wants to get in, get after it, and get out,” said Peterson. “There are so many demands on his time right now because he is writing and starring in the movie, that there is an efficacy that he is looking to get out of his workouts.”

Peterson says Stallone’s workout sessions last for an hour each, usually four times a week, and he is always looking to try new things like the SMARTfit machine and the Power Tower to keep things fresh.

“Boxing is obviously a huge part of his life and his training,” Peterson told Men’s Journal. “He has built a lot of muscle, but it is important for him to keep his athleticism.”

Still the most exhilarating exercise there is… Keep punching! #creed2 #healthyfood #rockybalboa1976

Feeling the BURN! I know it gets harder every year but hang in there, consider it a challenging hobby. This piece of equipment made by Synergy Fitness does it ALL! @synergyfitnessequipment @gunnarfitness #healthyfood # boxing #creed 2

That doesn’t mean Stallone has given up hangin’ and bangin’.

“There will always be free weights, cables, sleds, and ropes in Sly’s training,” said Peterson. “One of our usual rounds is having him push the sled, then pump out a bunch of push-ups between pushes.”

As for how Stallone manages to maintain such a physique at his age, Peterson says, “The way you look like that at that age is you never stop getting after it. You have to keep your foot on the gas. It doesn’t have to be on the floor, but it has to be down.”

Sly is most definitely still getting after it.

Another easy workout! You’re only as old as you and your joints feel!LOL

And if you want to learn even more about how other famous people train, peep these workouts and diet plans…