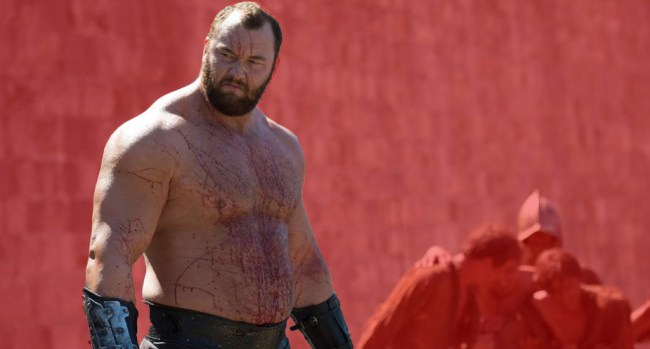 So if you happen to fit that description and are looking to get even more swole, then Thor’s Power Program was made just for you.

This is the exact program that Thor followed for his main strength building block leading up to his most successful year in Strongman – 2018. The main competition season of 2018 started with the Arnold’s Classic, followed by Europe’s Strongest Man, and then finished off with the most prestigious competition of all, The Worlds Strongest Man, which Thor conquered all and became the first man in history to win all three events in one year – 2018.

Thors Power Program is how Thor trained 12 weeks out from the beginning of his strongman competition season to get strong. REALLY STRONG. He followed the Strength System, created by his coach Sebastian Oreb, where the main tool to strengthen his body was a barbell. He performed the basic gym lifts; squat, deadlift, bench press and overhead press, with an enormous emphasis on lifting technique, as well as an intelligent approach to load selection and recovery. The exercises, techniques and principles used in Thor’s Power Program can be followed by anyone who wants to develop a strong body that moves well and is free from injury.

Now, they want to share their program, as well as their tips, secrets and the training principles they used to achieve victory, to help you get strong the right way!

Nice, huh? One caveat: Thor’s “basic gym lifts” are anything but basic.

For instance, check out this four-set strength circuit Bjornsson posted to his Instagram account over the weekend.

For those scoring at home (and if you are, congrats), that was a 357-pound log press (or 25-stone, whatever that is, for our British friends), followed by a 357-pound axle lift, followed by a 231-pound dumbbell lift and a 298-pound block press.

Oh yeah, he does this circuit three times. No big deal.

And these 484-pound and 440-pound bench presses (three reps for the first weight, SEVEN for the second).