What Is The Keto Diet And Should You Use It For Weight Loss? 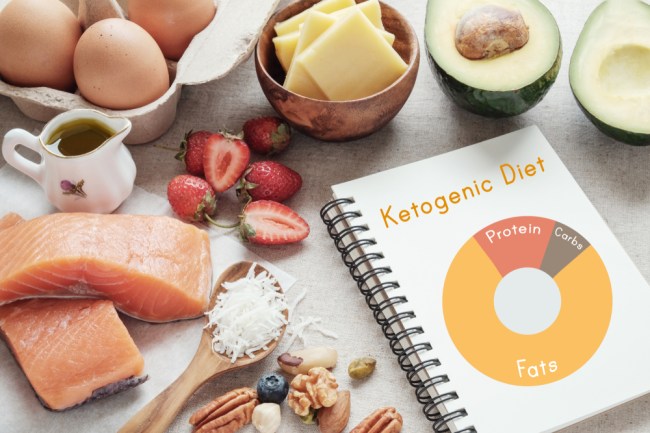 Whether you know it or not spring is right around the corner, and with spring coming around the bend means that it’s time to start thinking about dropping some body fat for future beach trips. That’s just plain ‘ol common sense, right?

Since it’s time to start thinking about dieting in some form or fashion, you’ve probably started thinking about how exactly you want to go about dropping body fat. You may have even started Googling a few options, asking friends and family, coworkers, etc.

And in all of this very scientific and carefully managed research you’ve probably heard a little bit about the keto diet. You’ve probably heard a few friends tell you it’s the way to getting the fat to melt off of you, become more alert than ever, and show off a brand new looking body at the beach this summer.

But what is the keto diet and does it really hold up? Does it work as a way to burn more fat and lose more weight? Or make you more alert? Let’s dig into it just a bit.

First and foremost, it’s probably necessary that we define what the keto diet is, right?

The keto diet plan is an extremely high fat, low carb, and moderate protein diet. The aim is to cause the body to shift into what is known as ketosis, a process in which the body doesn’t have enough carbohydrates to fuel activity, so it responds by creating ketones, an energy source for the body to use to fuel activity and brain activity.

And those ketones are one of the major arguments from advocates of the ketogenic diet. Keto advocates claim that the body, and especially the brain, function far more effectively when you’re using ketones to fuel activity and normal human processes.

Except it isn’t near that simple.

While it’s certainly true that when carbohydrate intake is drastically reduced that the body will respond in turn by creating ketones, that’s not the body using it’s preferred fuel source. That’s your body using it’s emergency fuel system because of the lack of carbohydrates being converted into glucose.

The point here still remains that glucose is the primary fuel source in the body. It’s the preferred source of fuel for both the brain and any sort of mildly intense activity. Which is the same reason that it’s so commonly recommended to have a generous helping of carbs following an intense training session. You’re using those carbs to replenish energy stores that have been burned through.

What about increased fat burning?

But like most things, bodies just aren’t that simple. The keto diet most definitely helps you burn more fat than a more balanced diet, but that fat that’s burned isn’t all from body fat, and that’s a really big difference to keep in mind here.

Much of the fat burning that takes place happens because you’re ingesting far more dietary fat than previously. Since you’re taking in way more fat, your body responds by using that fat as fuel. That fat is fuel for creating ketones, hence the name ketogenic diet. Meaning that you’re now burning more fat, but not burning away anymore body fat than you were previously. Which leaves you right back where you started.

The fact that fat loss still comes down to energy balance doesn’t change, no matter how you break up your macronutrient intake.

So, should you try the keto diet for weight loss (AKA to get ripped)?

In a word, nope. Some studies actually do show that it can be good for people with learning disabilities, strangely enough. But that’s about the only seriously studied population in which the keto diet has shown any superiority. And that wasn’t even for body fat changes. When compared to other diets that still function to help you eat fewer calories on a daily basis, the keto diet falls woefully short compared to everything else.

If you’re still interested in trying the keto diet, here is a quick and dirty explainer video of how to use it.