Will Someone Really Pay A Million Dollars For This 1964 Volkswagen Beetle? It’s Very Possible 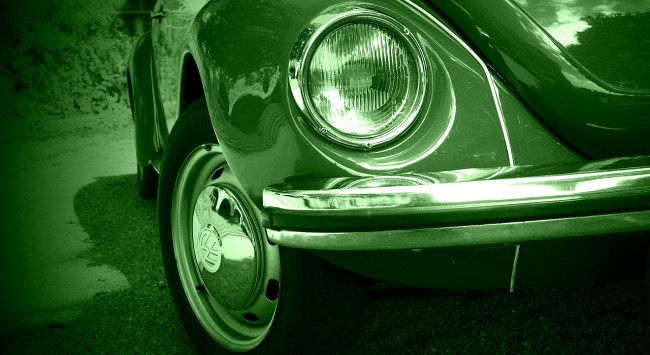 Volkswagen confirmed last month that they will no longer be making their iconic Beetle compact car in 2019.

All of which makes this 1964 VW Beetle with just 23 miles on the odometer worth… a million dollars? That’s what the person selling it thinks. And, well, he may be right.

According to the car’s listing on Hemmings.com, “This may be the most original Beetle on the planet.”

The car, bought by Rudy Zvarich, was profiled on SpicerCollectorCars.com in 2017. Here’s some of the backstory.

Rudy bought the car (bringing along his own battery as to not activate the original dry charge system) and drove the car to his friend’s storage space in the dark night with no insurance. He never licensed the car, and after two years in his friend’s storage space, he finished his own building and moved the car there. It sat undisturbed from 1966 to 2016, having covered only 22 miles. Over the years Rudy’s interests and car collection grew. There was never a reason for him to need the Beetle, so it just slept in the back corner of his collection with all the fluids dropped out and a sheet over it to keep the dust off.

Although his ’64 Beetle never saw sunlight Rudy had a passion for using his other cars and participated in many car shows. He loved to point out details on how and why engineering choices were made, you could not help but find yourself a little smarter after a conversation with Rudy. In 2014 at the age of 87 Rudy passed away and his nephew inherited his car collection. The time capsule 1964 Beetle was removed from its resting place and carefully brought up to running condition with careful attention to not disturb the originality of the car. The windshield wipers and hubcaps have never been attached to the car and are still in their original boxes from the dealership. Its black paint is a little dusty, because it has never been washed – ever! The “Leatherette Red” interior looks like it was just installed on the assembly line. The dealer window sticker is still where it was placed in 1964.

The story closed with a question…

The Porsche museum (Stuttgart), Volkswagen museum (Wolfsburg), and famous Prototype museum (Hamburg) each have impressive collections, but out of the 948,370 Beetles made in 1964 could this be the most original one left on the planet? These cars were inexpensive back in the day and they got used. We may never see another one like it. Rudy’s Beetle is truly a snapshot in time.

You know who should buy this car? The Porsche museum in Stuttgart, the Volkswagen museum in Wolfsburg), or the Prototype museum in Hamburg. Maybe not for a million dollars, but those are the locations where it needs to be kept, nice and safe.