72 Hours In Nashville: What To Wear, Where To Eat, And What To Do 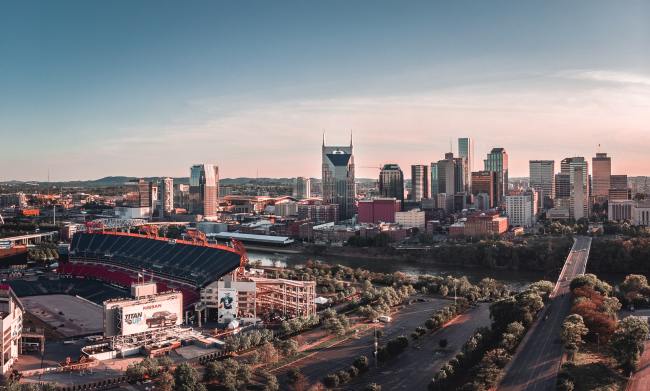 Weekend getaways help us keep our sanity. While we rarely can get an entire week off of work, it’s much easier to take off a Friday every several months and secure ourselves a solid three-day weekend.

We’re in the team of thought we should take advantage of those paid days off. That’s why we’re kicking off a series of easy weekend getaways you and your buddies or significant other can take off to at a moment’s notice. 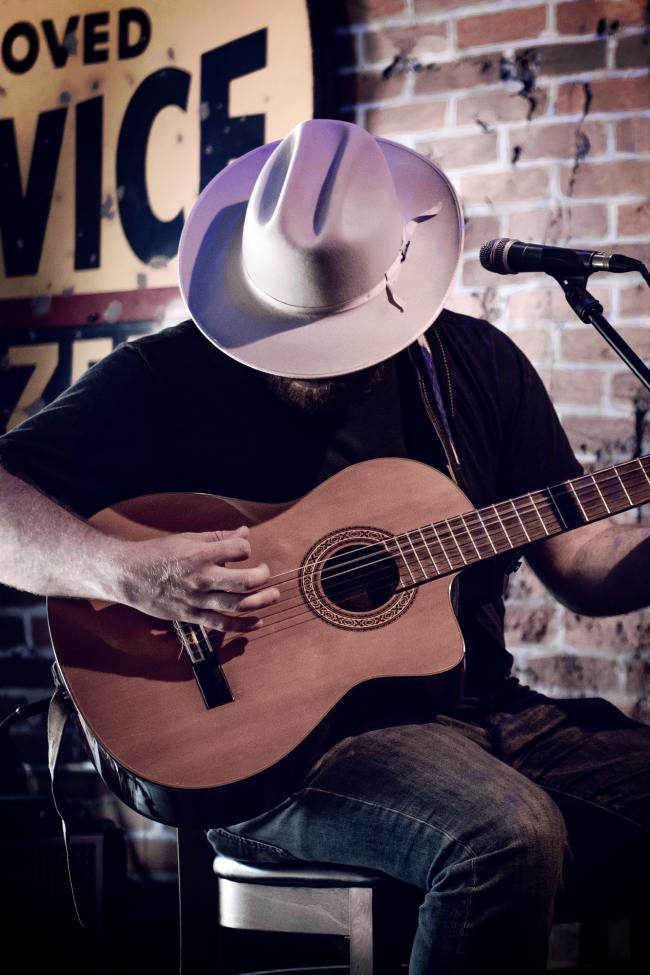 We want to give a more unique lens to view the city. The recommendations you’ll find below revolve around (one) taking in the entire music scene Nashville has to offer, and (two) chowing down on great food that comes with an experience—think historical buildings, fun atmosphere, etc.

What To Wear In Nashville

Packing for a short weekend can be tough. It’s important to have enough diversity in your outfits so you don’t find yourself looking like a schlub when going to a nice restaurant or out to the bar.

These outfits won’t cover the entirety of what you bring, but they’ll nonetheless give you some inspiration as to how you should pack considering all the activities you’ll be doing. 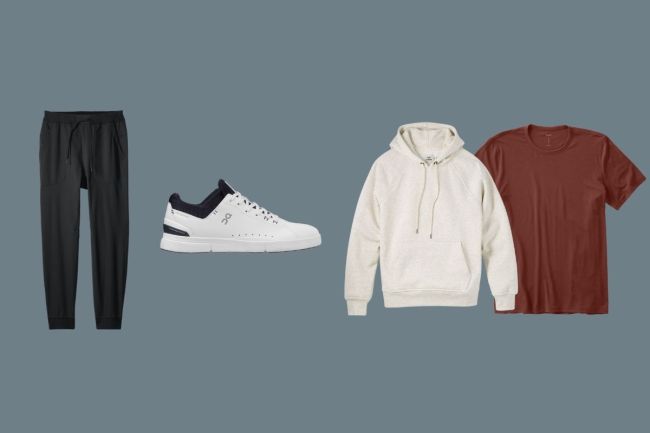 Throw on a nice pair of lightweight sweats and a breathable merino wool shirt. Stay comfortable with a soft hoodie and rock your go-to pair of sneakers you’ll be wearing throughout the weekend. 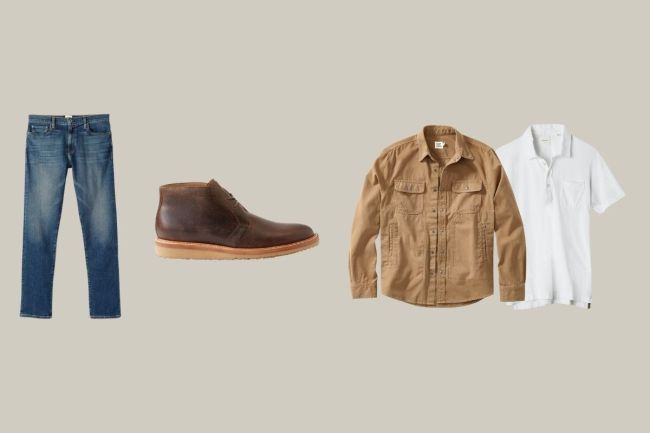 Strong leather boots, flexible denim, a sleek polo, and a durable cord shirt jacket that will make you stick out in a sea of average. These clothes will handle a full night out. 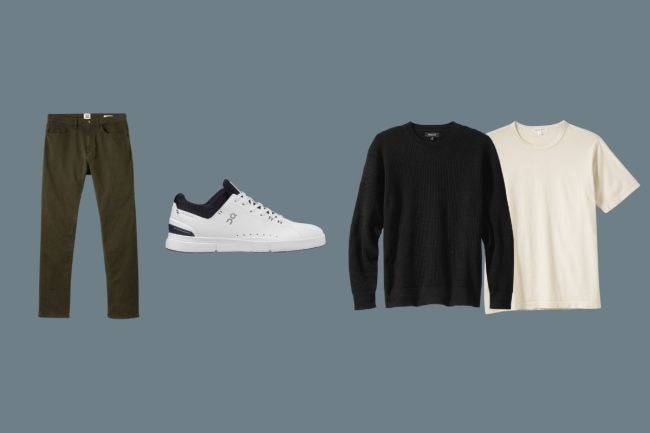 Stick with the sneakers and pair them with a nice pair of olive chinos. Then go with a soft cream-colored tee and match it with a merino wool crewneck.

Where To Eat In Nashville

When it comes to getting a Southern cooking experience, Husk is the place to go. It was founded by the great chef Sean Brock, who has also opened several other Husk restaurants in Charleston, Savannah, and Greenville. But while you might jump to think the food must all be the same at these locations, think again. The kitchen is committed to seasonal ingredients and the menu changes daily based on what foods are brought in every morning.

What’s cool is the restaurant is located inside the home of a 19th century Nashville mayor. The decor is kept to recreate what the home would’ve originally looked like.

And lest we forget how good the cocktails are. Go all out at Husk.

If you like dive bars, you’ll love Dinos. They’ve got some of the best burgers around (they’ve been recognized by Bon Appetit) and they’ve got classic jukebox music. In a lot of ways, you’ll feel like you’re in a movie here. Oh, and we should also mention Anthony Bourdain filmed at Dinos for Parts Unknown.

Nashville’s Best Brunch (That Has Football On TV): Bottlecap

Guys love brunch too, especially when the restaurant has got football on their flatscreen TVs. This would be Bottlecap, and they’re located in the very California-esque neighborhood of 12 South. Dine on some pancakes, enjoy bottomless mimosas, and watch some NFL Sunday Ticket or college football.

What To Do In Nashville

A legendary spot all songwriters aspire to play at someday. Bluebird Cafe first started putting on small, intimate shows in the 80s. When they noticed more people were coming for the music rather than the food, the owner focused on making Bluebird a venue.

Bluebird Cafe has performances nearly every night of the week, but you want to get in line early on the first-come-first-serve seating nights. Inside you can expect an intimate, stripped-down round circle performance. Past players who’ve played at Bluebird on their rise to fame include Garth Brooks, Taylor Swift, Keith Urban, Lady Antebellum, and many, many others.

Owned by Jack White, Third Man Records houses everything from the record label’s offices and a distribution center to the world’s only live venue with direct-to-acetate recording capabilities. There’s also a record store, novelties lounge, and a connected bar called The Blue Room. You can pop in and check the place out or schedule a tour that’s held on Fridays and Saturdays starting at 2 pm.

Nashville’s more than just country music, and Basement East is one place that will show you firsthand the depth of the entire music scene. This small venue is located in East Nashville and holds live shows nearly every night of the week. Come here for a night and then walk out to the East Nashville bars after. 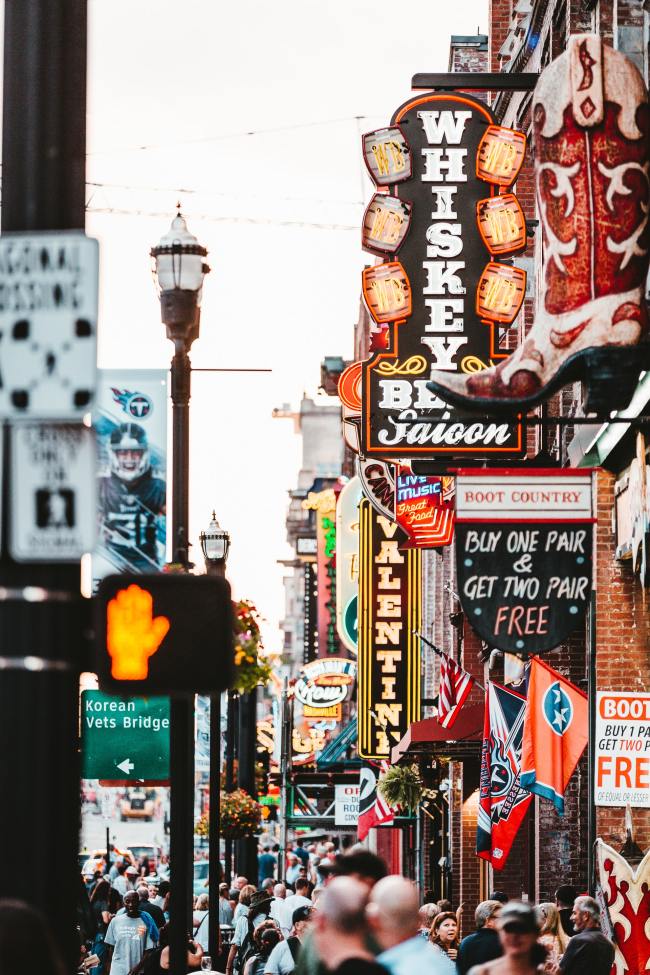 Everyone knows you have to go to Broadway at some point. Tootsies, Underground, Tin Roof, Honkey Tonk Central, the list goes on. At the very least, make sure you go to one or two bars here before you jet back home.

Have you ever thought about visiting Charleston? Check out our guide to Charleston, South Carolina here by Paul Sacca.