REPORT: Apple To Release 3 iPhones In 2018 Including A Massive iPhone X And A Cheaper Version 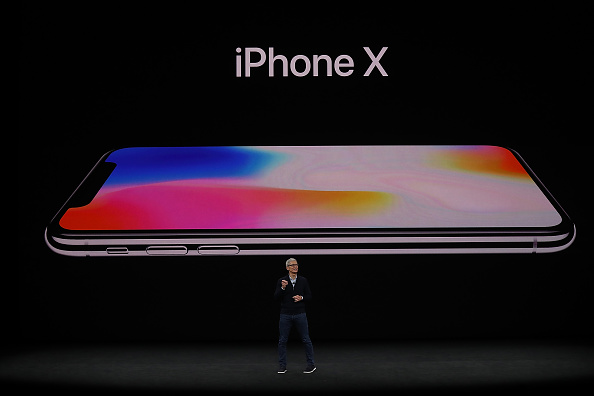 By the sound of this report, if you are a diehard Apple fan that has yet to upgrade to the iPhone 8 or the 10th anniversary iPhone X, you may want to try to hold off until 2018 when there is said to be three exciting new phones. According to KGI Securities analyst Ming-Chi Kuo, Apple will continue with the iPhone X design but it will be available in a massive 6.5-inch display as well as a cheaper version.

The report states that Apple will roll out three new iPhones next year including a handset that is being tabbed as the “iPhone X Plus.” The new model of the iPhone X will sport a huge 6.5-inch OLED display, making it the largest screen on an iPhone ever. The current iPhone X has a 5.8-inch OLED screen. The leak suggests there will also be a new 5.8-inch model with an OLED screen.

There is also a discounted 6.1-inch version with the standard LCD display which is cheaper. Kuo estimates that this iPhone will cost between $649 and $749 compared to the current iPhone X that starts at $999. All three handsets will continue the iPhone X design will be nearly bezel-less and have no home button. Plus they will include the TrueDepth Camera system which provides features like Face ID, Animoji, and Portrait mode selfies. Kuo added that the two new OLED models will have upgraded stainless steel bands for improved data transfer.

KGI Securities: 2018 will be "a real super-cycle in terms of iPhone replacement demand" pic.twitter.com/F89Xs6lgJP

“We believe the major hardware difference in the two new OLED models is size, in a bid to satisfy various needs of the high-end market,” Kuo said. All three phones are expected to feature a full-screen design and 3-D sensing, Kuo said, suggesting that Face ID will replace the home button entirely in 2018. Apple tends to release their new phones in September, but in the past, Apple executives have said they make near concrete plans for new iPhone hardware designs in November. KGI Securities added that Apple will ship between 25 million to 27 million iPhone X units this quarter and increase by 35-45% in the first quarter of 2018.