#watches
BroBible may earn a commission if you buy a product or service via links in this article.
by Cass AndersonApril 11, 2018 4:18 pm 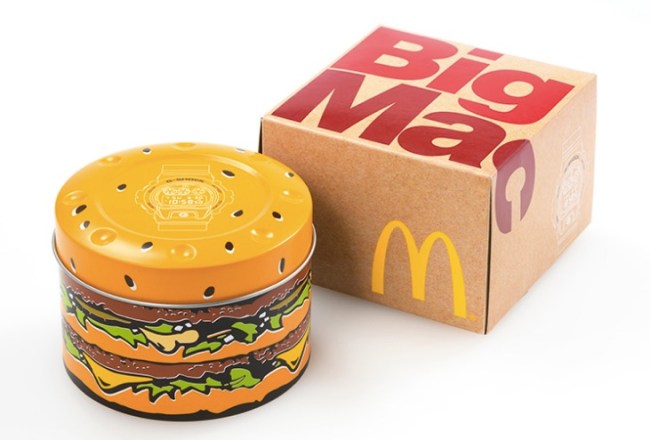 The McDonald’s Big Mac was first rolled out to the Pittsburgh-area market in 1967 but it debuted nationwide in 1968. That means this year, 2018, marks the 50th birthday of the most famous hamburger in the entire world.

To commemorate the 50th birthday of the Big Mac McDonald’s has teamed partnered on a very limited-run collaboration with Casio G-Shock watches (and New Era). Only 1,000 of these Big Mac-themed G-Shock watches are being made and all of them will be sold through the Rakuten.com store beginning on April 14th, so expect these to sell out super fast.

The 50th anniversary Big Mac G-Shock collaboration will retail for 14,900 yen which is ~$139 (USD). Each of the limited-edition watches will feature a Big Mac-inspired graphic across the watchface as well as Big Mac-patterned watch straps, an engraved Big Mac on the back of the watch, and a custom Big Mac burger case that the watch will be sold in: 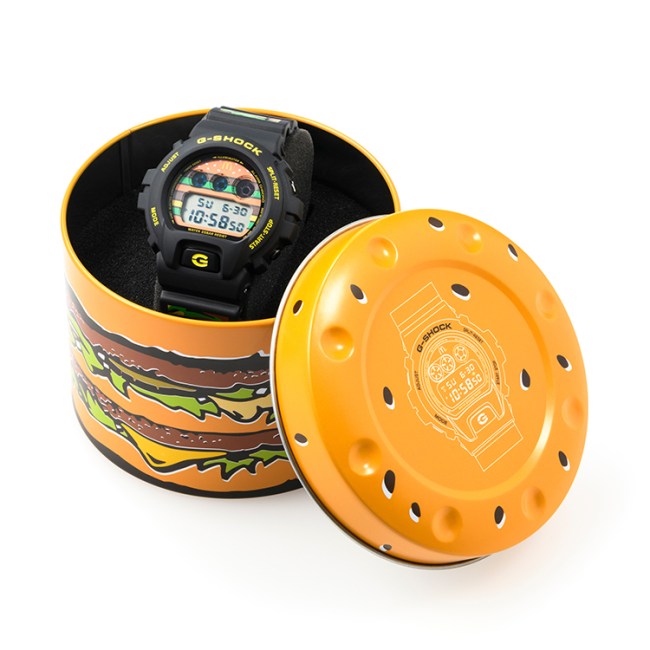 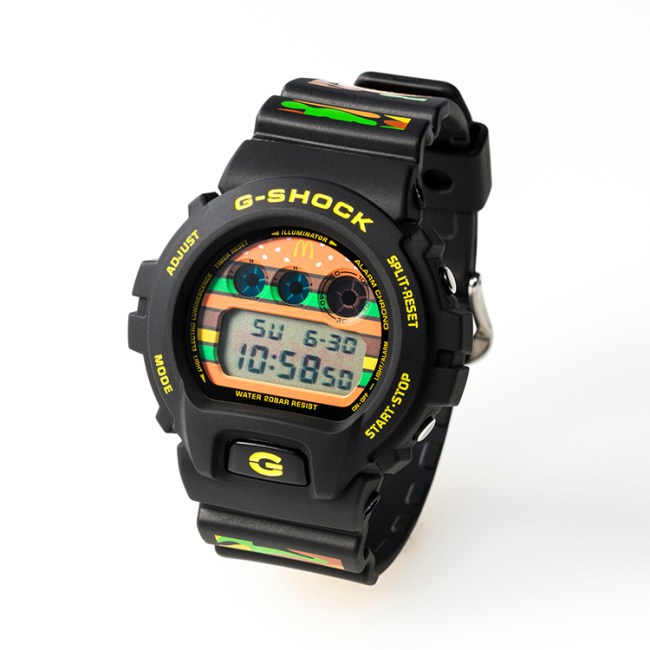 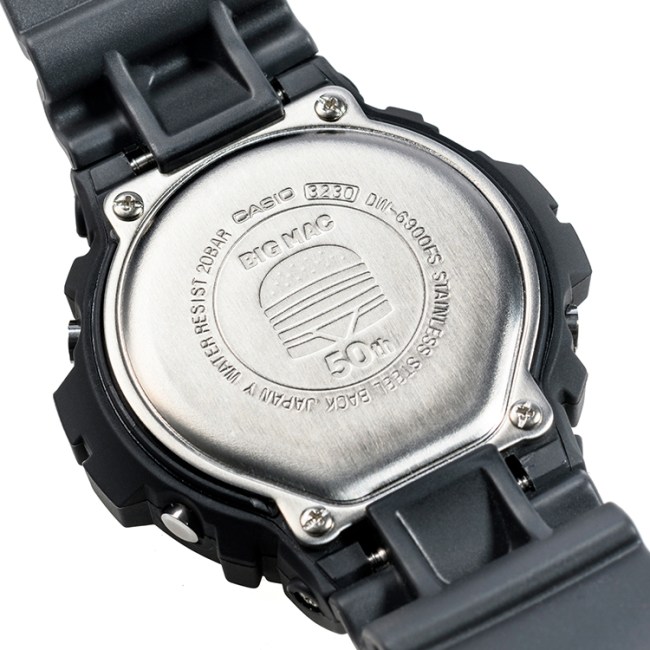 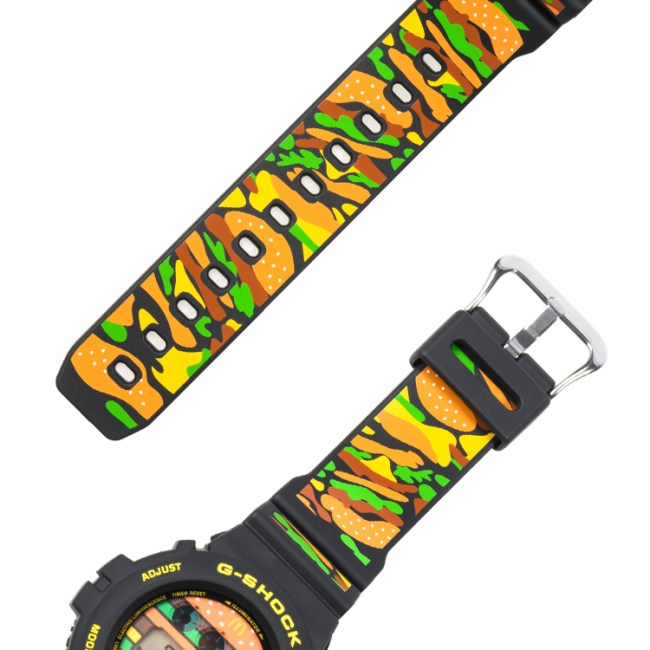 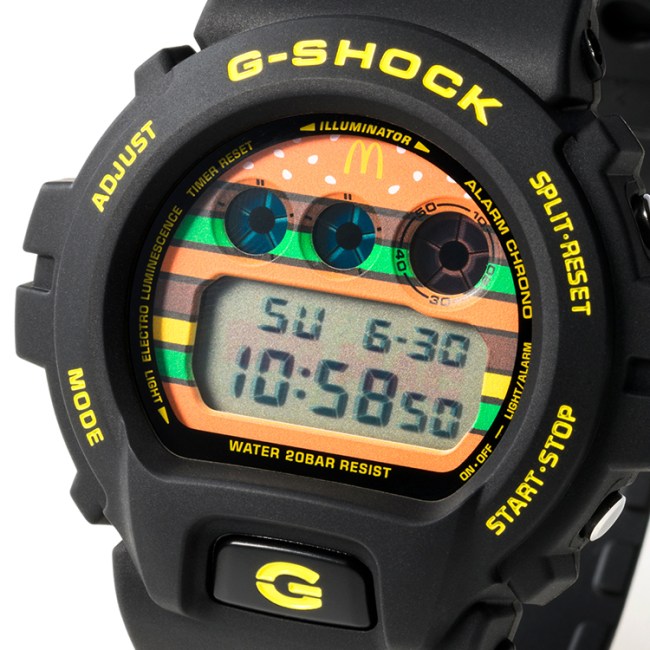