#Sponsored
BroBible may earn a commission if you buy a product or service via links in this article.
by Sean CostelloAugust 23, 2021 3:57 pm 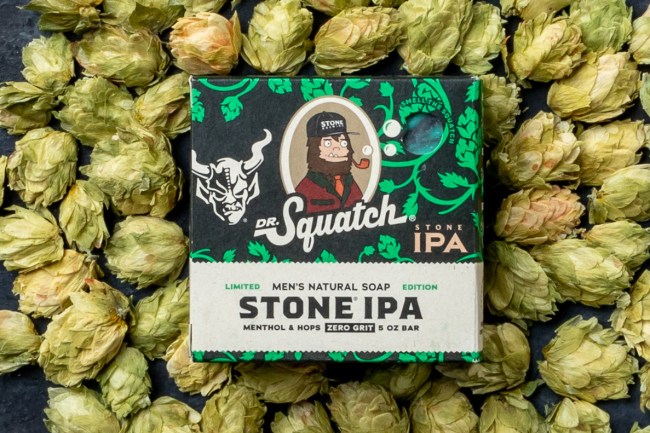 Hitting the scene in 1997 as Stone Brewing’s first-anniversary beer, the Stone IPA was a hit that launched generations of hops fanatics. In the past 15 years, the Stone IPA pioneered West Coast-style IPAs and has become the go-to for stocking the fridge. Exploding with tropical, citrusy, piney hop flavors and aromas, they nailed it with this one. The Stone IPA has been the catalyst behind beer revolutions and movements beyond itself. And now, Stone Brewing is expanding their horizons once again.

That’s why the new soap scent from Dr. Squatch has got me excited. The men’s natural personal care brand has teamed up with San Diego-based craft brewery Stone Brewing to launch a limited-edition soap scent inspired by its legacy beer, the Stone IPA.

The official Dr. Squatch Stone IPA collab is made with real Stone IPA. This soap has a slight hoppy bite – just like the beer (but please, don’t eat it).

Now you can enjoy the wonderful aroma of one of the most well-respected and best-selling IPAs in the country when you freshen up for the day – or as a soothing way to cap it off.

Here are some of the details that make the brand new Dr. Squatch Stone IPA soap a must-have for your shower:

Not only does it have the fresh, zesty scent signature to the Stone IPA, but you can rest assured knowing you’re using natural ingredients. So ditch the generic, brand-name soap that’s got more chemicals than you even knew existed, because this unique collaboration was born from the dedication of Dr. Squatch and Stone Brewing to quality and utilizing upcycling leftover ingredients.

The collection is now on sale for a limited time on Dr. Squatch’s website – move quick, it won’t be around forever! 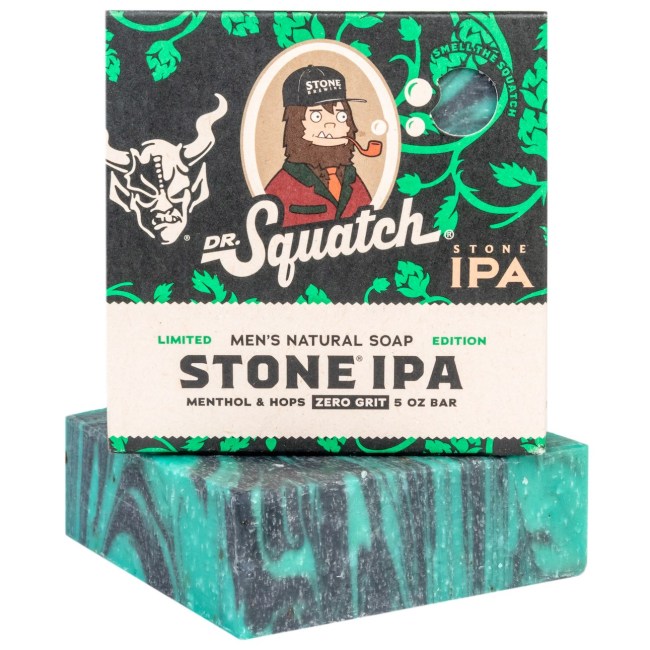