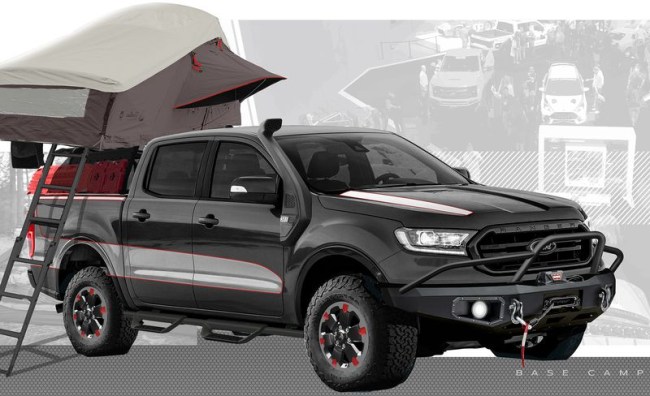 The 2018 SEMA show is happening right now in Las Vegas where car makers and auto upgrade houses from all over the world showcase aftermarket upgrades. We’ve already seen the two awesomely modified Toyota Tundras; a model with an actual robotic pizzeria in the bed of the truck and a custom version made explicitly for Kevin Costner and his outdoorsman life. Now we check out what Ford is bringing to the 2018 Specialty Equipment Market Association (SEMA) show.

Ford brought SEVEN suped-up 2019 Rangers, all with a variety of purposes including camping and gaming. The 2019 Ford Ranger doesn’t hit the market for a couple of months, but that didn’t stop them from flaunting seven modified vehicles. All of these modified versions are based on the 2019 Ford Ranger SuperCrew 4×4, and have either the Lariat or XLT trim packages. 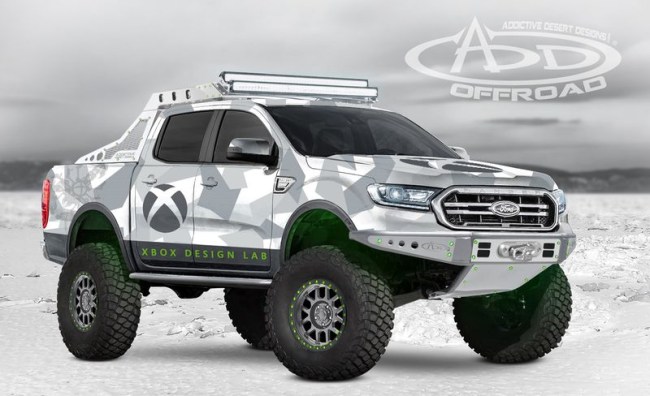 The Xbox Ranger by Addictive Desert Designs is all about gaming. You can drive your 2019 Ranger into the middle of the desert or the Great Plains and then play Red Dead Redemption 2 in the area that the game was based on. This truck has the Xbox logo on the outside and a passenger compartment inside that has two custom-mounted Xbox One X consoles. You can play video games from the back seat and the gameplay is broadcast on monitors on the bed of the truck so your friend can punk you for getting destroyed in Fortnite by a 7-year-old. You can even get customized controllers to match your ride. Xzibit would be crushing on this truck. Performance wise, this gaming Ranger features a six-inch lift kit, aggressive bumpers, light bar, and 17-inch wheels with BFGoodrich Mud Terrain KM3 tires. 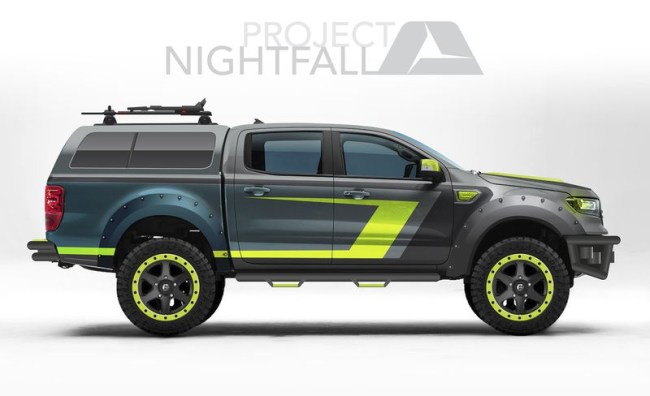 Project Nightfall has a magnificent paintjob highlighted by the volt green on the sides and on the wheels. This urban truck has a bed cap, bicycle roof racks, 20-inch wheels, and an upgraded sound system by Kicker. 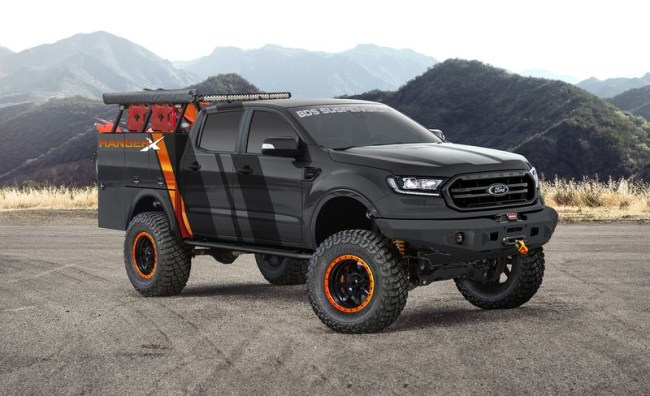 This Ford Ranger kind of looks like it should be part of the fire department and not a consumer vehicle. There is a custom-built bed, utility box, extra fuel canisters, front bumper winch, and 17-inch KMC wheels. 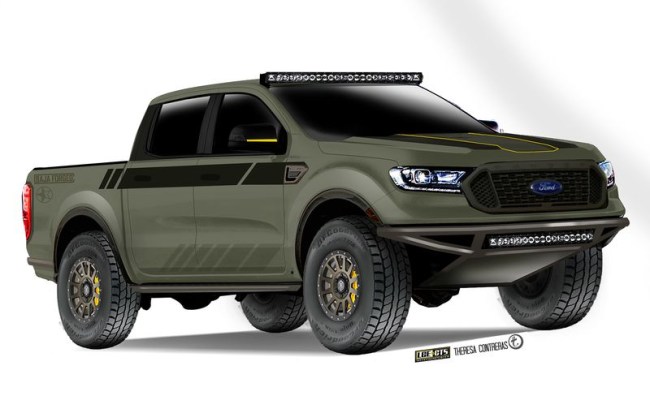 If the other model was inspired by the fire department, then the Baja version is made for the military. This truck is colored army-green with bronze wheels. It has tube-styled front and rear bumpers, several light bars, and a suspension lift kit from Icon Vehicle Dynamics. 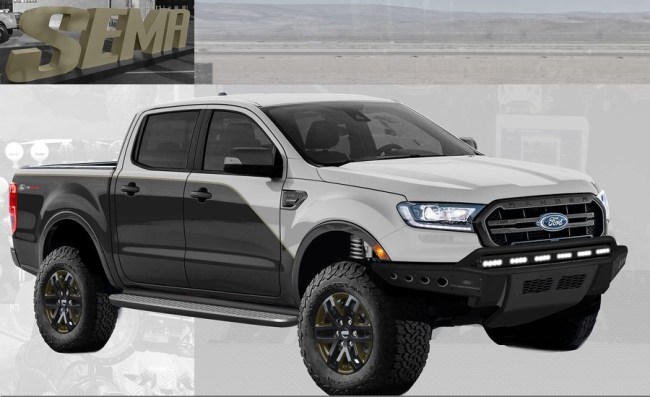 The Ford Performance team brings you this suped-up Ranger that will be as close as you will get to the Ranger Raptor since it isn’t coming to North America. The Pre-Runner comes equipped with a Borla exhaust system, Ranger’s FX4 Off-Road package that has an electronic locking rear differential and Fox/BDS suspension, plus adds a three-inch lift kit. The striking two-tone black and white look is absolutely tremendous. 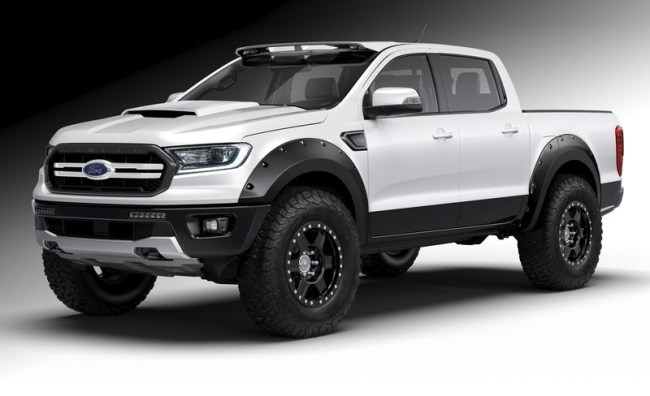 Ranger Base Camp by Ford Performance

Get ready to go camping where others can not with this Ranger Base Camp concept from Ford Performance. There is a rooftop tent from SkyRise mounted in the bed that is just as good as that cheap Airbnb cabin you were looking at. There is also a roof basket, an awning, and a bed extender. On the outside there is a snorkel air intake for trips in a desert or water hazard, Warn Ascent front and rear bumpers, and a Zeon winch from Zeon.