Get Excited Because The Jeep Wrangler Pickup Truck Is Actually Happening 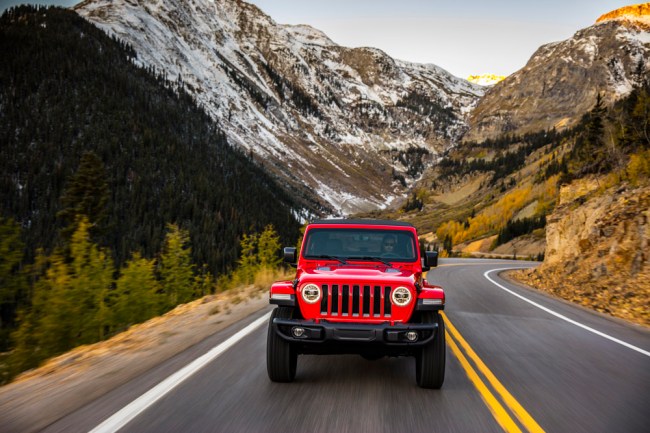 There have been rumors of a Jeep pickup truck for years, but it is actually happening. Fiat-Chrysler Automobiles dealers announced that the highly anticipated pickup truck version of the Jeep Wrangler will arrive in showrooms in April 2019. It’s officially time to get excited. Spy shots have been popping up on social media over the past couple months, but nothing was close to being officially announced. This week’s announcement changes all that.

The Jeep Wrangler pickup truck is expected to be named the “Scrambler,” and will be a Wrangler Unlimited four-door with a short bed. Exact specs are not close to being released, but many expect the Scrambler’s engine to be similar to current Wrangler options such as the 3.6-liter Pentastar V6 with 285 horsepower, a 2.0-liter turbocharged four-cylinder with 268-hp, or the 3.0-liter EcoDiesel V6 with 442 lb-ft of torque. To make room for a bed, the Scrambler will likely be approximately 33 inches longer than the Wrangler SUV.

The news comes from Jeep dealers who recently attended an FCA corporate meeting. The Scrambler will be produced at the south plant in the factory in Toledo, Ohio. This actually isn’t the first pickup truck manufactured by Jeep. From 1985-1992, there was the Cherokee Comanche and before that, there was the CJ-8 Scrambler that was available from 1981 until 1986. April 2019 can’t come fast enough.