Check Out The LuminAID, A Portable Solar Charger and Lantern That’s Perfect For Camping

#Affiliate Partner
BroBible may earn a commission if you buy a product or service via links in this article.
by John ThompsonNovember 9, 2021
Facebook Twitter Reddit Flipboard 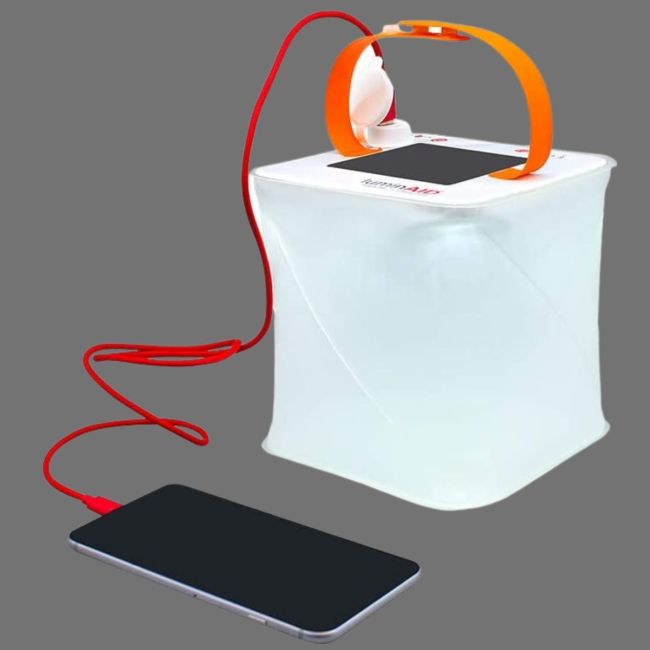 Chicago-based company LuminAID was first seen on Shark Tank years ago. The co-founders Anna Stork and Andre Sreshta initially sought to create portable lanterns in response to the 2010 earthquake in Haiti. Fast forward to the present day, and they’ve since perfected that original design.

The LuminAID PackLite is an entirely portable LED solar lantern and phone charger. It comes with a built-in 2000mAH lithium-ion battery that can give off an estimated 50 hours of light (on low mode when the battery is fully charged). 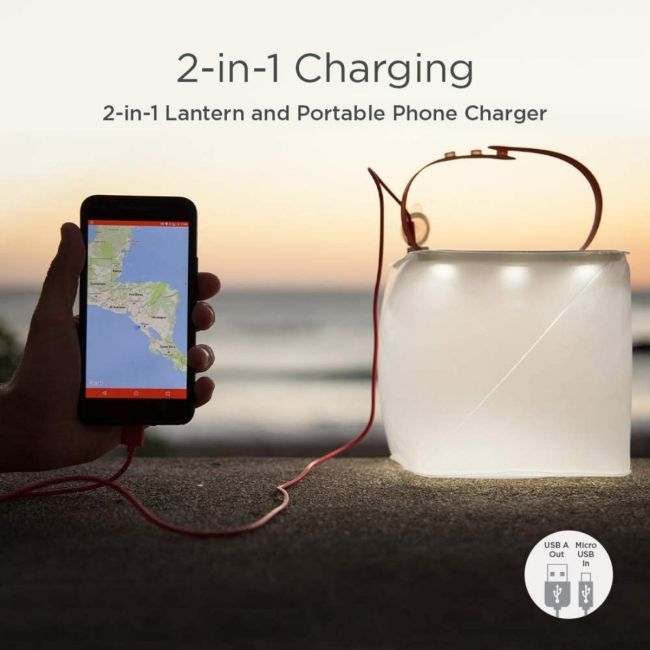 All you have to do is place the LuminAID PackLite out in the sun for it to charge. It will fully recharge in about 12-14 of direct outdoor sunlight. If you want to fast-track the charging you can do so via USB (cord included) in 1 to 2 hours.

The LuminAID is it’s perfect for those who love camping and exploring out in nature. The lantern is collapsible (packs down to 1 inch), and you can hook it onto the back of your gear bag by securing it’s carrying handle to a carabiner or daisy chain. 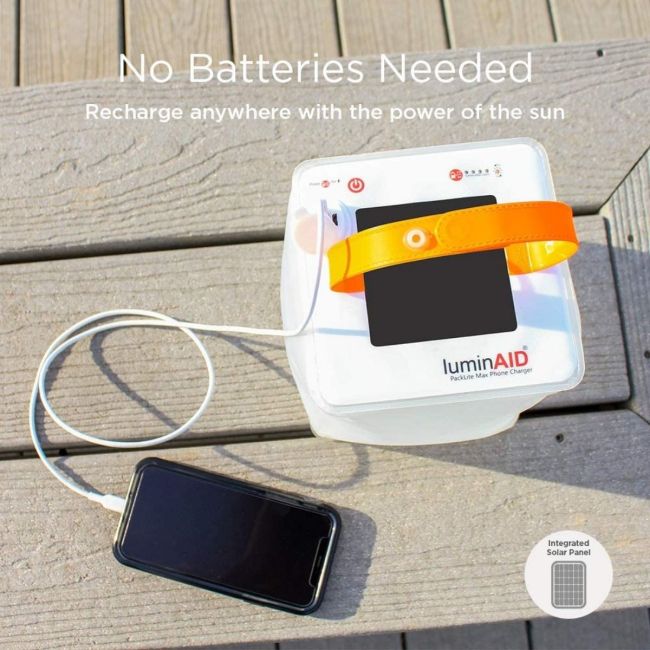 Then, once you’re ready to use the device, you can inflate it up to 6 inches and turn on the light to any of the 5 brightness settings. Plug in your phone or tablet to charge, and let this compact device serve as your power source instead of some clunky, heavy power kit.

You can shop the LuminAID PackLite right now over on Amazon for half a C-note! Snag this for yourself, or for the outdoor enthusiast in your family or friend group.