In Honor Of The Many Saints Of Newark, Here’s Our Favorite Sopranos-Inspired Merch

#Affiliate Partner
BroBible may earn a commission if you buy a product or service via links in this article.
by John ThompsonOctober 1, 2021 2:30 pm 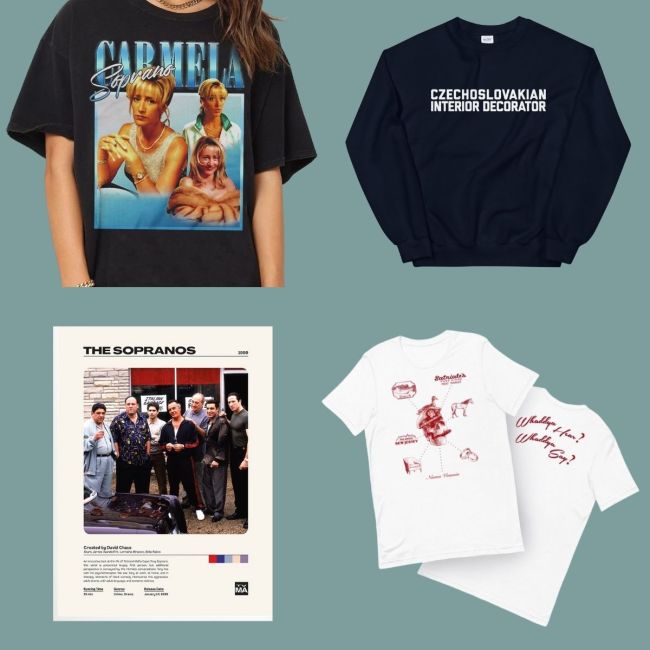 With the release of The Many Saints of Newark, the prequel telling the story of Tony Soprano’s rise into the mafia, many of The Sopranos best moments are being shared all over social media.

Right now you can stream The Many Saints of Newark on HBO Max or go see it at your local movie theater. If you’re looking for a solid review of the film, we’ve got you covered with one right here from our guy Eric Italiano.

Whether you’ve watched the film yet or not, we’ll be the first to share with you how fun it is to take part in the conversations that are swirling when a big movie is released.

And what better way to take part in all the movie buzz than by getting some Sopranos-inspired merch?

Here are some of our favorite Sopranos merch pieces to buy in honor of the release of The Many Saints of Newark. 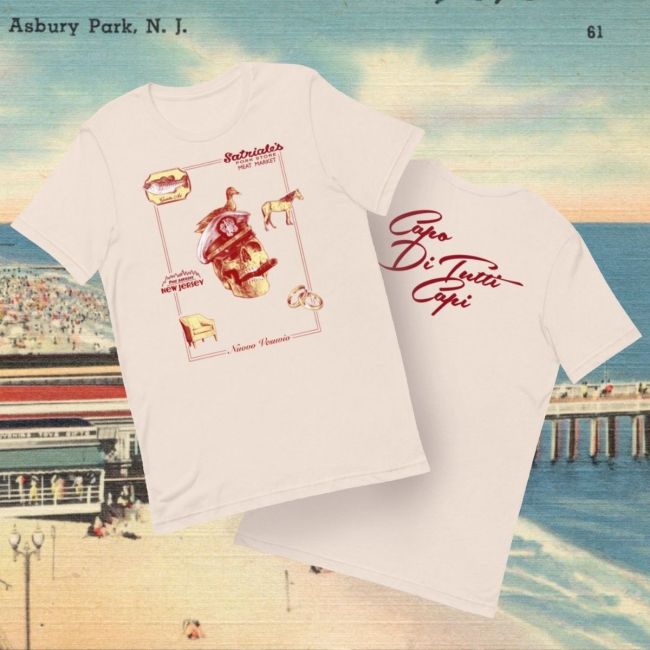 Featuring graphics that nod to several different iconic locations in the show, this tee has a great design and exudes that IYKYK energy. 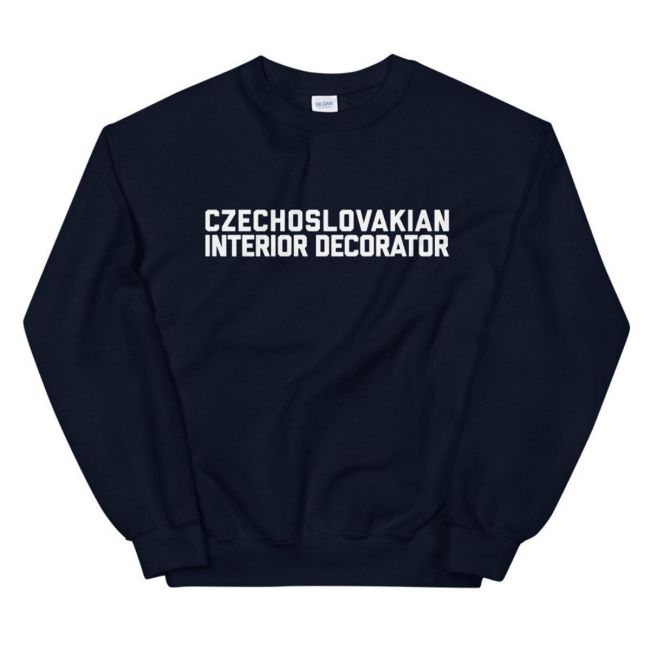 The story about the Czechoslovakian interior decorator is told is one of the most iconic episodes, where Paulie and Chris get lost in the woods overnight. This is an elite inside joke sweatshirt. 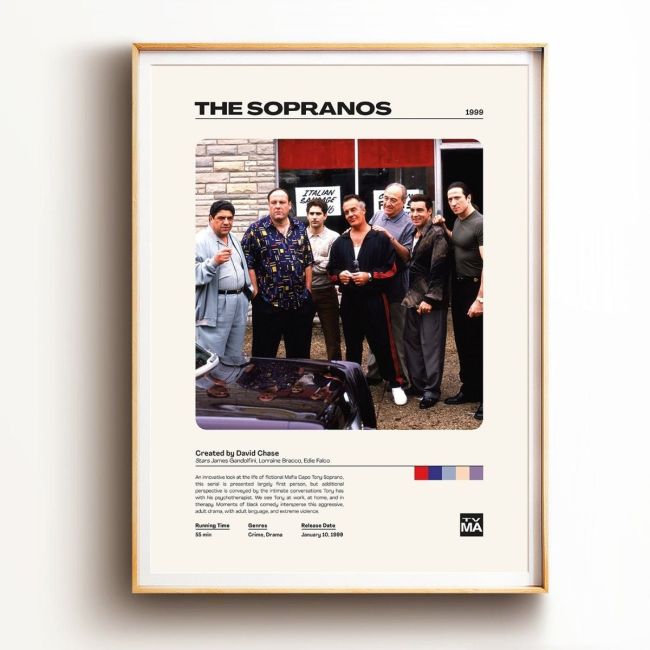 It’s always best to pay a little bit more for quality wall art. This one is designed by an independent shop and is printed on fine 220 GSM paper. 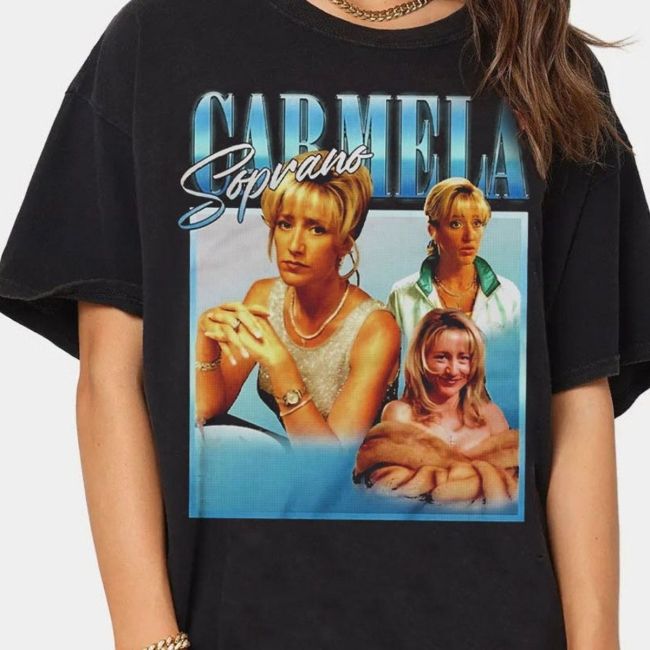 A unisex shirt made to invoke nostalgia of one of our favorite TV moms. If you’ve never thought about how The Sopranos is just as much about Carm as it is Tony, think again. 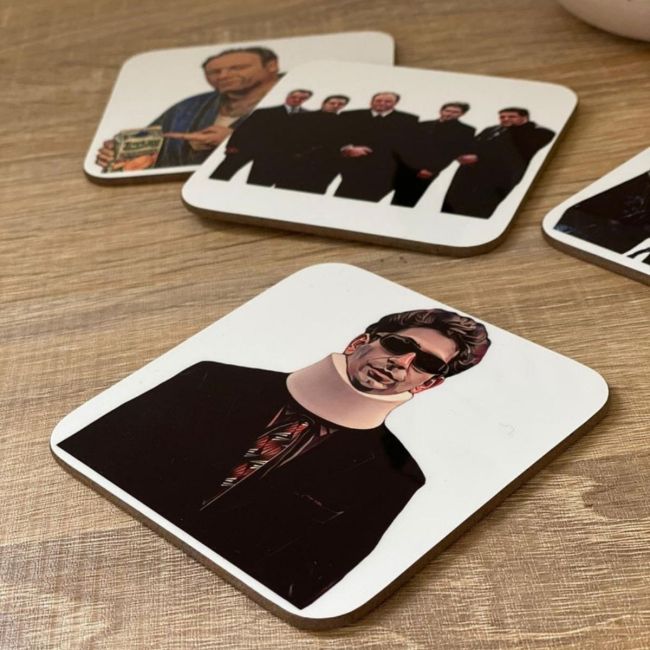 Here’s a 4-pack of coasters that any visiting guest will find funny, even if they aren’t a fan of the show. Our favorite is the one with Tony holding the orange juice, which represents one of the most iconic scenes of dialogue in the show between him and Carmela. 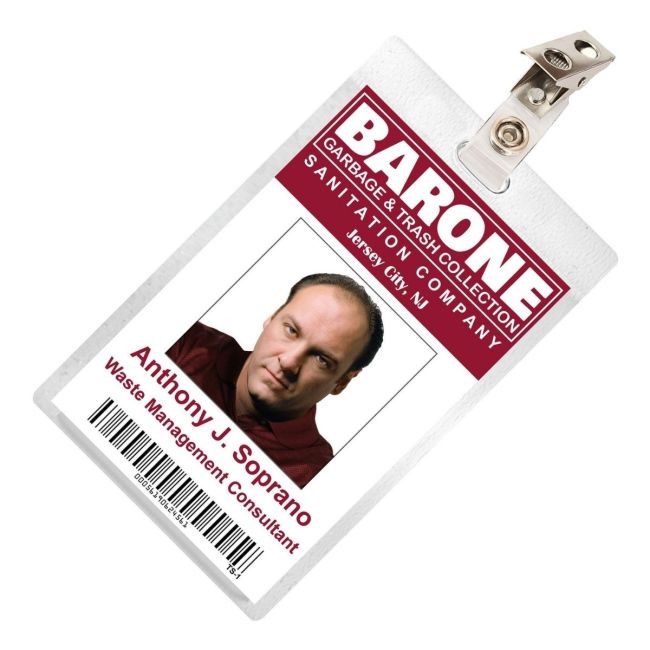 A replica badge of Tony’s “work” ID. You can even get creative and use it for a Sopranos Halloween costume.