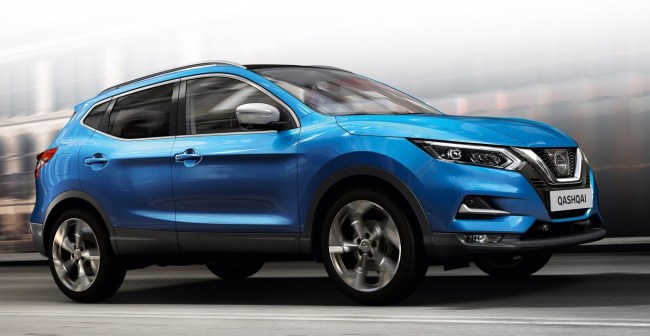 See that sharp-looking blue SUV up there in the photo above? That’s a 2018 Nissan Qashqai, also known in the United States as the Nissan Rogue Sport.

In real life, the Nissan Qashqai cranks out anywhere from around 114 to 161 horsepower, based on which model and options you choose.

However, in the world of British car tuner Severn Valley Motorsport, the Nissan Qashqai puts out 2,000 horsepower. That is not a typo.

In fact, the SVM Nissan Qashqai you see below just put itself in the record books as the “World’s Fastest SUV” with a top speed of 237.6mph. Also not a typo. 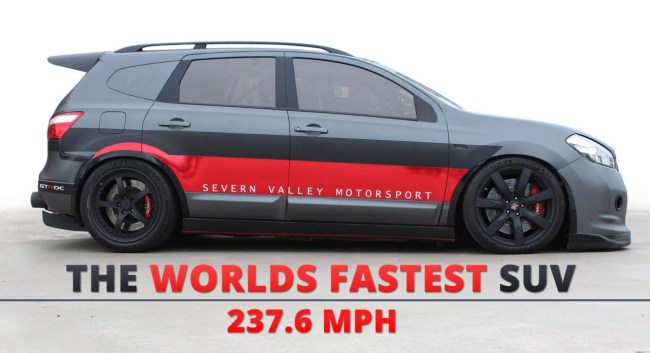 As Top Gear points out, Severn Valley Motorsport’s Nissan Qashqai goes faster than the top speed of a standard McLaren F1, and has a quicker take-off speed than a Boeing 747 jumbo jet.

Purists will complain that SVM’s Nissan Qashqai is not an SUV, but a crossover. They’ll also claim that because they didn’t do a second qualifying run in the opposite direction to allow for wind assistance, Toyota’s Land Cruiser still holds the record for an SUV at 230mph.

Meanwhile, the rest of us will just sit here and marvel at the mere idea of driving an SUV/crossover that can reach speeds of over 230mph.