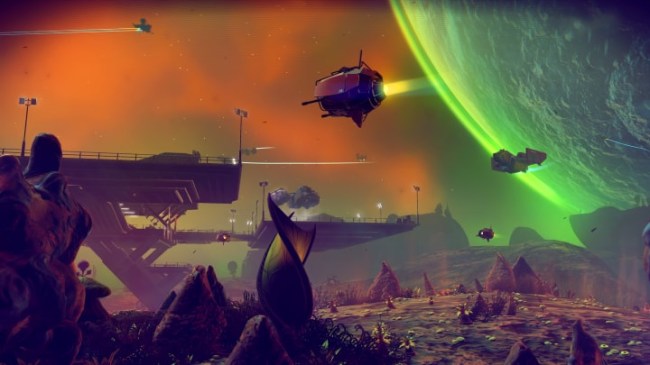 No Man’s Sky is finally coming to Xbox One and it’s also getting a massive update. Hello Games announced that No Man’s Sky will arrive on Xbox One gaming consoles this summer. In addition, the open universe space exploration game will receive massive improvements, that Hello Games calls its “biggest update so far.”

No Man’s Sky was released in 2016 as an exclusive for PlayStation 4. No Man’s Sky will be available for Xbox One as well as enhancements for Xbox One X; 4K resolution on Xbox One X and HDR color on Xbox One S and X. The huge update is called “Next.” The Xbox version will have the initial game as well as all three major updates (Foundation, Pathfinder, and Atlas Rises). The Xbox One game will be available digitally and physically, 505 Games will be publishing the game disc worldwide.

“We called this update ‘Next,’ because it’s an important next step on a longer journey for us and the community,” said game founder Sean Murray. “We’ve been working our socks off on this and it’s by far our biggest update so far. It will be free to existing players, and we’ll continue to support No Man’s Sky in this way for the foreseeable future.” “We’ve learned a lot over the last few years, faster than we would have liked!” Murray said. “I’d love to avoid talking completely and just make things people can play.”