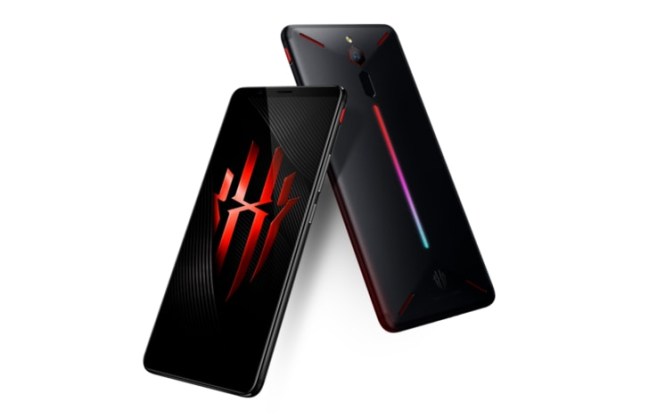 In the last year or so gaming smartphones have become a thing. And the latest gaming smartphone comes to us from Chinese electronics company Nubia, which is a subsidiary of ZTE. Nubia is set to release the Red Magic gaming smartphone and they have made this handset to ensure that you can play Fortnite all night long without the battery dying.

On the outside, the Red Magic definitely has the gaming look with red vents and the glowing LED strip on the back. The phone has a metallic body and a fingerprint sensor. There’s a 6-inch, 2160 x 1080 pixel, 403 pixels per inch (PPI), 18:9 display. The phone boasts a powerful 24-megapixel f/1.7 rear camera and an 8-megapixel front-facing lens.

On the inside, the Red Magic features 8GB of RAM, up to 128GB storage, and runs on Android 8.1 Oreo. The Red Magic uses the Qualcomm Snapdragon 835 processor, which is a little disappointing since it is last year’s model and not the newer Snapdragon 845 chip. The Red Magic does have new “GameBoost” software that is said to improve gaming performance. The gaming smartphone does boast an impressive 3,800mAh battery, which means you can play all the Fortnite or PUBG you want.

The Red Magic gaming phone will be available in China starting on April 19th and will go on sale internationally on April 26th through Indiegogo with an early-bird price of $399.