Remember that badass $20,000 limited edition Spider-Man watch that looked like it was created by Stark Industries we showed you awhile back? Well, Swiss watch maker Romain Jerome is back with yet another sick pop culture timepiece that is sure to tickle your nostalgia bone.

This is the third Pac-Man watch created by Romain Jerome, called the Pac-Man Level III, and marks yet another fun style from the company in a tribute to the iconic video game.

Its black dial with a mirror-polished finish is a departure from the earlier RJ Pac-Man models. The polished titanium bezel encircling it reveals a maze where Pac-Man sets off on a race to chomp ghosts and hunt for cherries and Pac-Dots.

The game’s scene was depicted by crafting 27 components by hand which are separated into three levels shown on the dial. The blue aluminium that walls off the maze is sanded on the edges and polished on top. The raised walls were filled with black lacquer to heighten the 3D effect.

The game’s characters are reproduced by carefully affixing pixellated appliques on the dial. Each applique was meticulously filled by hand with several different colors of lacquer. Both the game and the timepiece have depth thanks to the contrasting finishes of the dial’s components.

Articulated lugs secure a blue rubber strap that matches the blue accents on the dial. And the case back features a medallion of the legendary video game character intertwined with the pattern that continues on to the entire watch and strap.

This limited edition RJ Pac-Man Level III watch was made in a limited series of 80, symbolic of the year the famous arcade game was released, and will be available this month, June 2018. 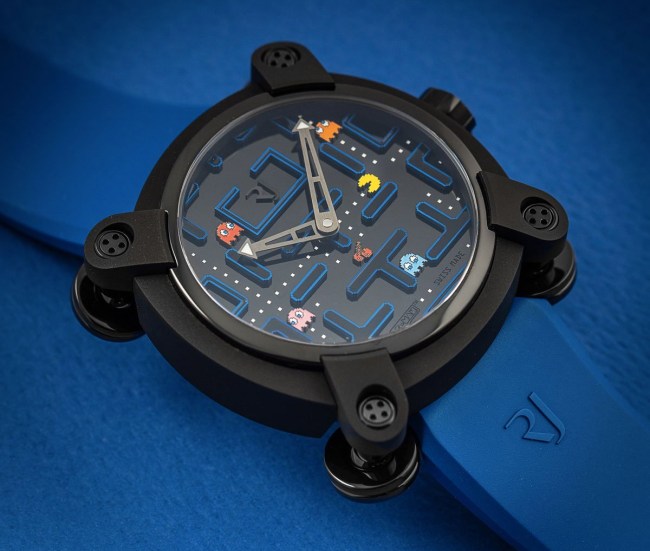 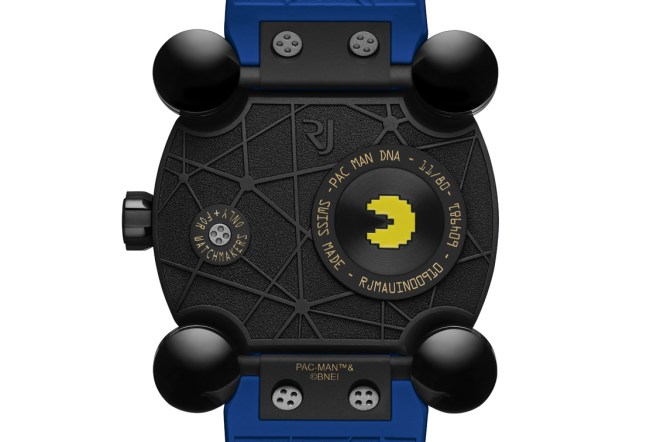 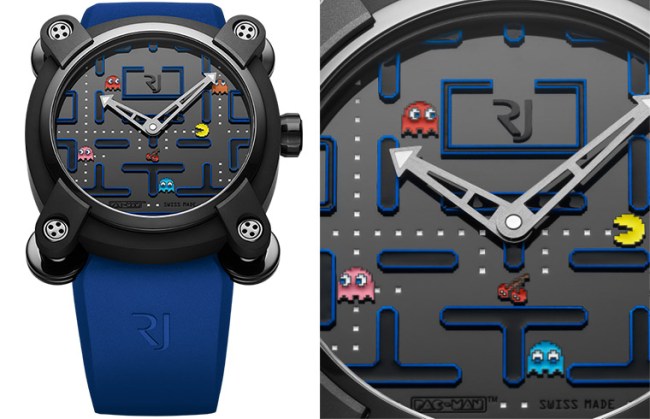 Some of the previous watches created by Romain Jerome…

Also, don’t forget to check out our many “Watch Of The Day” selections here.