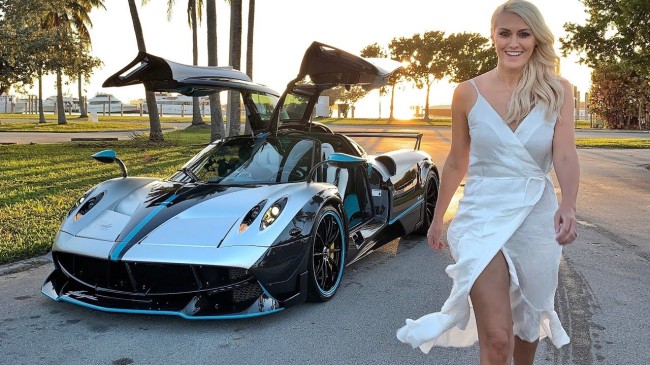 Out of all the dream jobs in the world, being an automotive influencer has to be right near the top. In what other job in the world do you get paid to drive around in supercars and not only that, get to do it in places most of us will never visit in our lifetimes?

Talk about living the dream, the richest automotive influencers list for 2020, compiled by allcarleasing.com, is filled with folks whose lives are the stuff of fantasy.

A post shared by Alex – that girl with the cars (@supercarblondie)

A post shared by Alex – that girl with the cars (@supercarblondie)

Second on the list is mystery man ChrisFix who almost never reveals what he looks like in his popular DIY automotive videos.

ChrisFix’s videos have garnered a ridiculous 982,389,115 views over the years.
He currently has a whopping 6.68 million followers on YouTube with another 570K on Instagram.

Alejandro Salomon (AKA Salomondrin) comes in third on the list. If his name sounds familiar it may be because he was the guy whose brand new McLaren Senna caught fire just two weeks after he purchased it last year.

Salomondrin’s dozens of automotive videos have been watched 276,832,026 times.
He has 1.64 million YouTube subscribers and another 2.5 million followers on Instagram.

The rest of the richest automotive influencers for 2020, and the amount they get paid are listed below… 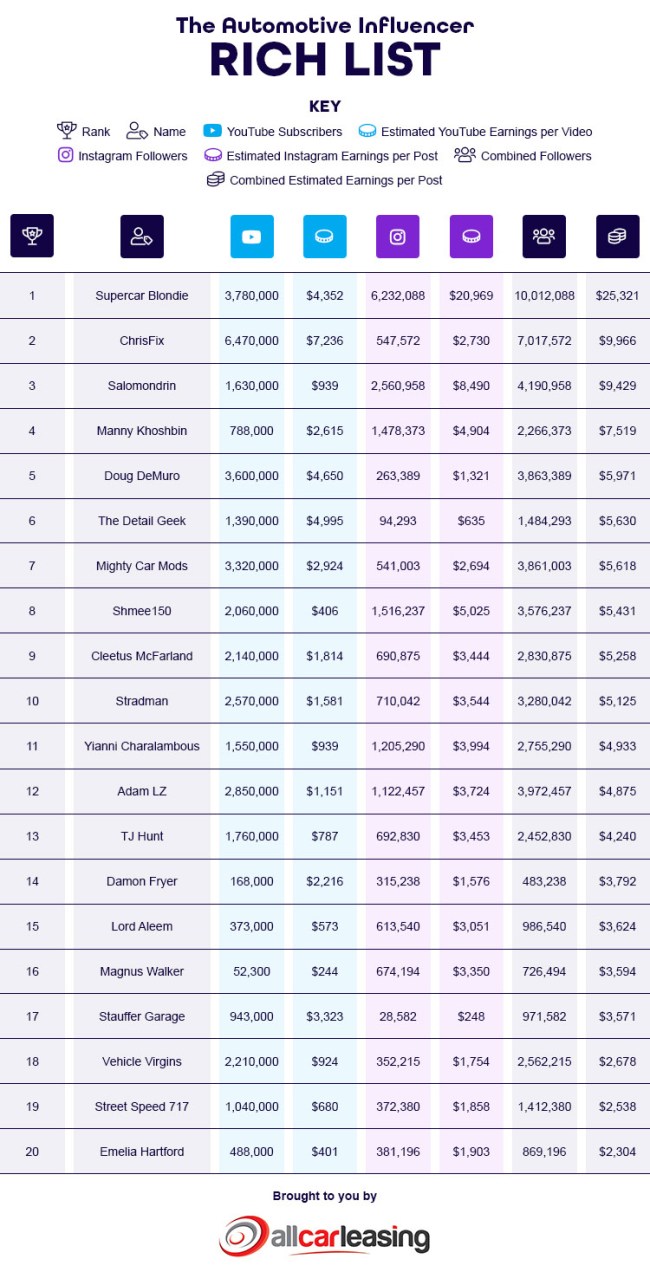