Charity Cruise Ends In Carnage, Sadness When Speeding Ferrari Crashes Into Other Supercars

#car crashes
BroBible may earn a commission if you buy a product or service via links in this article.
by Douglas CharlesJune 10, 2021
Facebook Twitter Reddit Flipboard 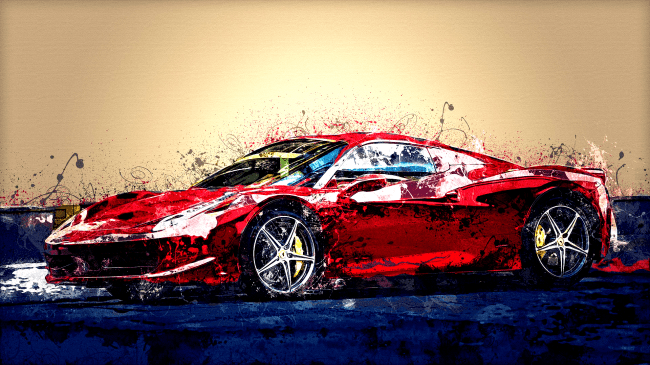 A charity supercar cruise in Philadelphia came to a nightmarish end this past Sunday for three owners when their Ferrari ended up in a crash. The humanity…

The three Ferraris and their owners were taking part in the annual Philadelphia’s CF Charities Super Car Show when the crash occurred.

The supercars were on a morning police-escorted cruise through Philly on their way to the Wells Fargo Center, which meant that the authorities had closed a section of the Vine Street Expressway, also known as Interstate 676.

Needless to say, a closed section of highway combined with an exotic supercar could create a situation just too tempting for a human to resist. Which, it appears is exactly what happened here.

Related: Feelgood Story Of The Day: A Bitcoin Millionaire Abandoned His Lamborghini Huracan In A Ditch

A report on FerrariChat from someone who lives in the area and claims to have friends that were in attendance claims that a Ferrari 458 driver was “doing at least 150 mph” and didn’t realize traffic had gotten backed up down the road.

The police stop all commuter traffic on 76 to allow the cars that participate to get onto the highway unabated (76) to then take the Vine St Expressway (676) to 95 South back to the stadium for the car show. This part is why people sign up. They get to floor the gas in their cars and it’s allowed. The police have said in the past to people I know who did it, they want them to get back to the starting point (WFC) as fast as possible so they can reopen the highway to normal traffic. Shutting down 76 in Philly is a pretty big deal, so the quicker they get back, the quicker traffic is not held up. So people can go fast on here, normally within reason.

He added that “that area on 676, under the overpasses is NOT where you want to go that fast” because there has been road construction and “with several long overpasses one after another, you go from bright sun to very dark under them several times quickly and your eyes can’t adjust fast enough.”

As a result, the driver of the speeding Ferrari had to slam on the brakes and ended up crashing into a Ferrari Pista (twice), a Ferrari 488, and another car which was just on its morning commute.

YouTuber cerrutiauto also shared video of the crash shot from multiple angles because why wouldn’t you want to see this from every angle?

Luckily, as far as we can tell from reports, there were no injuries to any of the drivers.