Feelgood Story Of The Day: A Bitcoin Millionaire Abandoned His Lamborghini Huracan In A Ditch 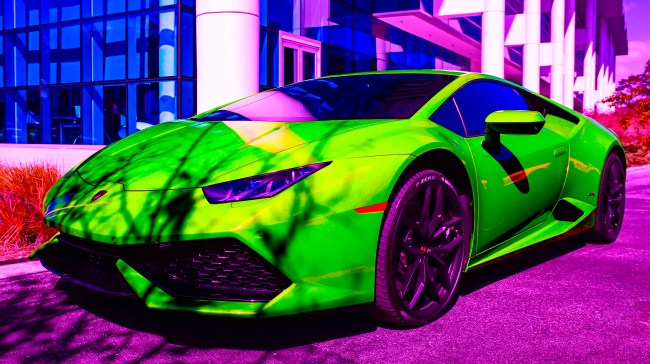 On a day where we reported $190 million in cryptocurrency just up and vanished into thin air, here’s another heartwarming tale about the perils of virtual currency.

As many of you might be aware, the go-to car for crypto millionaires is the Lamborghini Huracan. Why? I don’t know. Maybe it’s because to be one of those people you have to be a douchebag? Just a guess. Probably way off. I do know that they like to show off how little actual money it costs them – like this guy who purchased a $200,000 Huracan for just $115 in real dollars.

So I guess in many of these cases, since the car didn’t really cost them dick, they have a tendency to treat it like it didn’t cost them dick.

Case in point: A $500,000 purple Lamborghini Huracan was found just sitting in a roadside ditch in London a few days ago near the training ground of Tottenham Hotspur. Guess who owns it? A Premiere League player? Nope.

According to ABC News Australia, Hudson lost control of the car on the single-lane road when it skidded on “standing water.”

Naturally, when someone came to pull the Lambo out of the ditch, Hudson was nonplussed.

“This guy is the calmest guy in the world,” said celebrity car customizer and the man who towed the car, Yianni Charalambous. “Me, I’d be running up and down crying, but this guy is like ‘it’s just a car.”

What a day to be alive, amirite?!