Cryptocurrency Millionaire Buys $200,000 Lamborghini Huracan For Just $115 Thanks To Bitcoin 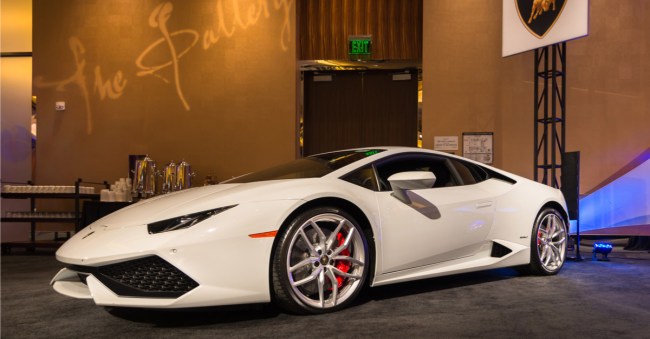 Welcome to 2018, where the term Bitcoin Millionaire is actually a thing. Heck, Bitcoin BILLIONAIRE is even a thing. It’s also where if you’re smart and invested in cryptocurrency like bitcoin, you’d be wise to start converting it into cash or actual items of value before it tanks. Right, guys?

This is exactly what 35-year-old bitcoin millionaire Peter Saddington did recently when he purchased a $200,000 Lamborghini Huracan using 45 bitcoin he paid $115 for in 2011.

Saddington, who studied computer science at Florida State before earning three master’s degrees in counseling, education and theology from Luther Rice College & Seminary in Georgia, stumbled across bitcoin in 2011.

An article by technology publication Ars Technica caught his eye, with a report that bitcoin had lost 90 percent of its value in a dip from its then peak of $30 to under $3.

“As a technologist and someone who likes to take risky bets with new technology, I thought it was really intriguing,” Saddington tells CNBC Make It. “I took about a month to research it, look back in the code, look back in the white paper,” referencing the bitcoin outline authored by the cryptocurrency’s mysterious creator, Satoshi Nakamoto.

When Saddington first invested in November 2011, a single bitcoin cost $2.52. While he won’t say how many coins he currently owns, at that time, he bought more than 1,000. When bitcoin was at its peak last December, those coins were briefly worth $19,000 each. Bitcoin has since fallen to trade near $8,100 Wednesday morning, according to CoinDesk, but if Saddington is still holding his original $2.52 coins, that’s still a return of about 321,000 percent.

Read that again… a return of about 321,000 percent. Three hundred twenty one… THOUSAND… percent.

No wonder Lamborghini dealerships have seen a spike in cars being bought with cryptocurrency over the past couple of years.