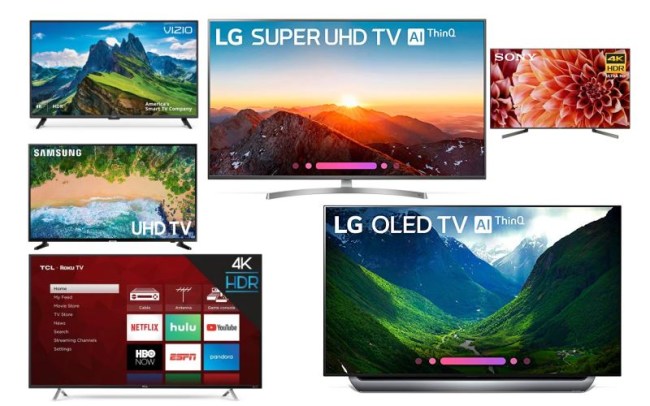 Are you still looking for Christmas gift ideas for your loved ones? Why not give the gift of a brand new TV with superior clarity. Or maybe you’ve been a good boy or girl this year and deserve something better than socks. Why not treat yourself to a top-of-the-line TV? You know that your 30-inch tube television isn’t getting any clearer. Or maybe you need a good, cheap TV for the basement or guest room, there are plenty of stupendous deals and sales on large screen TVs that you can get for UNDER $100.

Besides getting a sweet new big screen TV just because it’s awesome to have a sweet new big screen TV, the NFL playoffs are fastly approaching! We are less than a month from the start of the Wild Card Playoff Games. Not to mention that we are only 58 days away from Super Bowl 52. You’re going to want a crazy over-the-top, massive TV that encompasses an entire wall for your Super Bowl party. Why wait two months? Get a new TV now while they’re on sale for the holidays.

You’re in luck because several retailers are having big sales on TVs where you can save hundreds of dollars. Whatever size, whatever features, whatever budget, there’s a television for you. Here are 15 TVs on sale right now so you can give to someone or give to yourself.