#Affiliate Partner
BroBible may earn a commission if you buy a product or service via links in this article.
by John ThompsonJanuary 13, 2022 3:15 pm 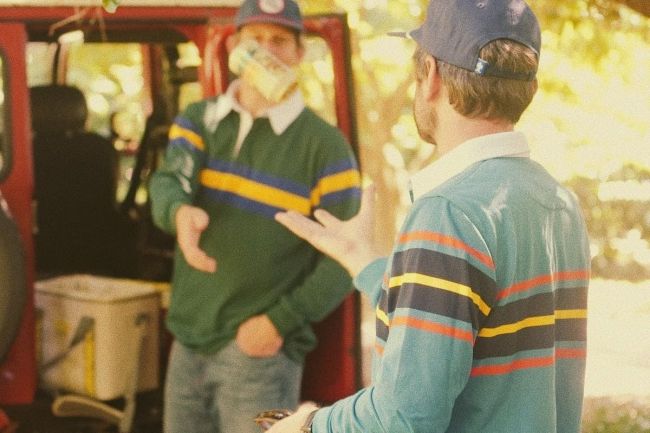 Rugby shirts have been around for a long time. The first known rugby match was played in England in 1823, when a player decided to pick up the ball with his hands. This birthed the widely popular sport, and rugby shirts (worn as team jerseys) began to arise in the mid-1800s thanks to their rugged durability. 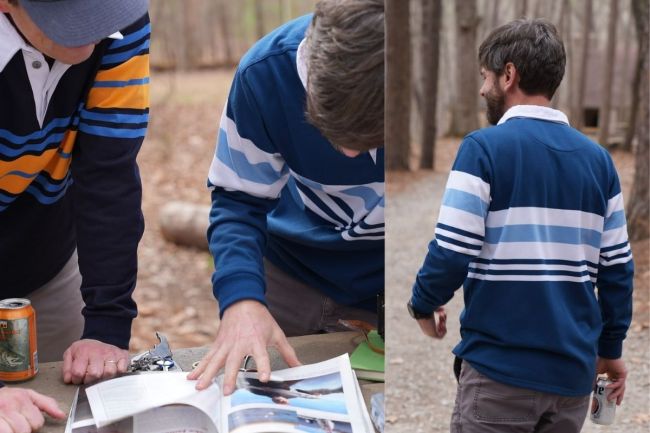 Withernot has tapped into the rich history of rugby by releasing this vintage-inspired collection of rugby shirts. Each shirt is a fresh interpretation of the game’s best garments, using vintage color palettes and retro stripes to create a not-so-average jersey shirt.

Each rugby shirt is cut in the same traditional silhouette and woven out of heavyweight 10oz cotton using a 12-gauge knit. It’s safe to say these shirts aren’t going down anytime soon. They’re actually capable of handling a game of rugby. 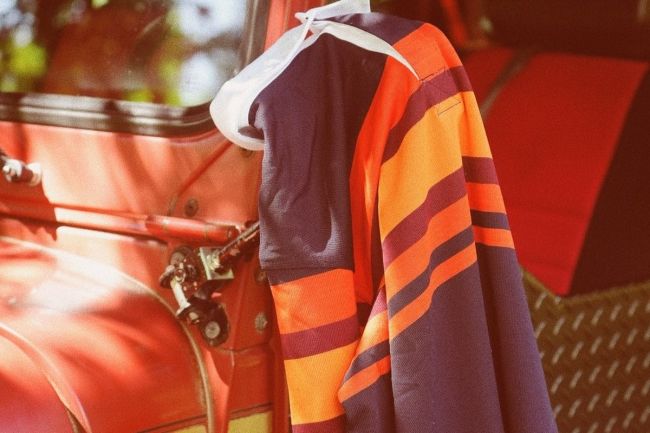 Withernot outfits each shirt with rubber buttons and a timeless white collar made from cotton twill. They also add double-stitched reinforcements and include ribbed cuffs for a snug fit on the wrists.

Scroll on to view the entire lineup of Withernot rugby shirts and read about their inspiration. You can click on the button under each image to shop directly from Huckberry. 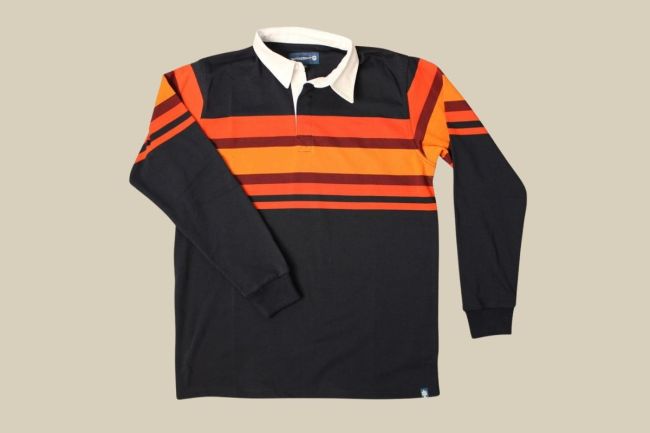 Styled like the unique hellbender salamander with a vintage combo of navy and orange. 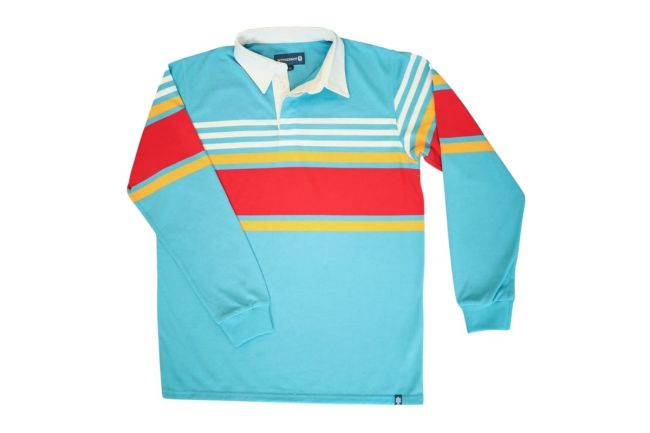 Design inspired by the colors found in ancient Assyrian palaces and the Euphrates river central to their empire. 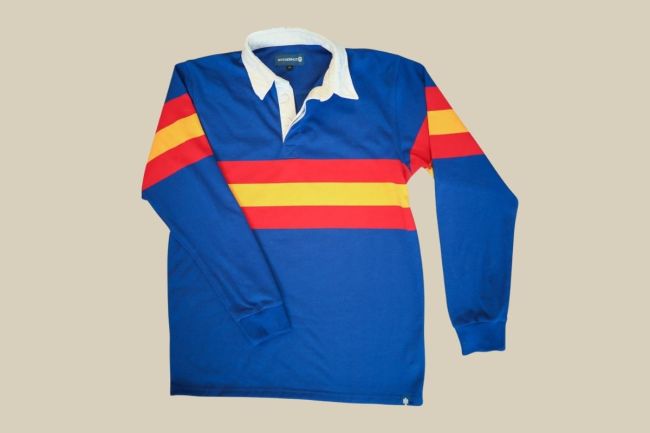 The Ulysses is inspired by the styles worn by rock climbers of the ’70s and ’80s. 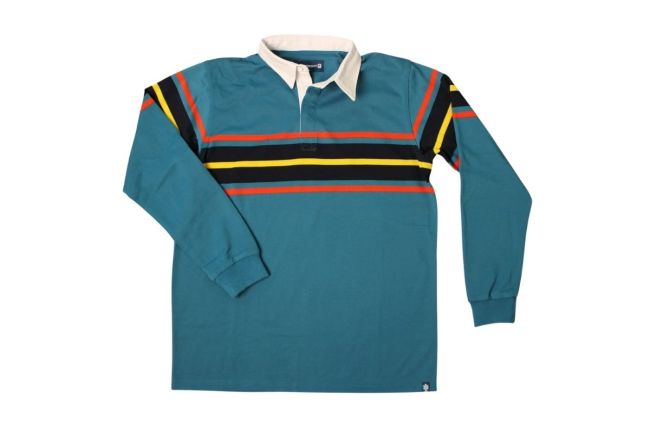 This design is inspired by good old fashioned road trips down the Blue Ridge Parkway. 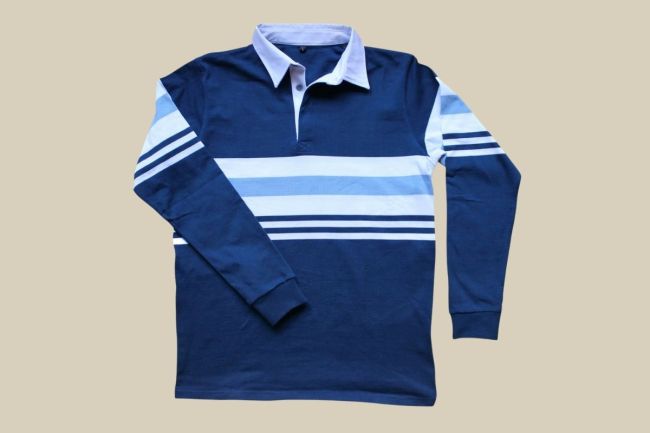 Inspired by the mountain peaks and choppy waters that call out for adventure. 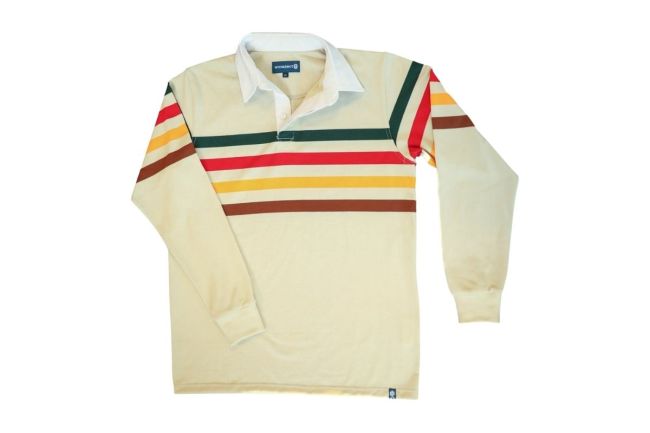 Inspired by woven stripe patterns from the 1700s and used in the North American fur trade.