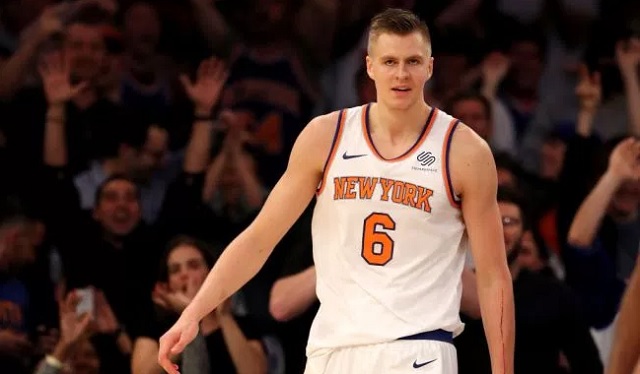 Kristaps Porzingis is having an MVP caliber season on and off the court. Not only is Porzingis averaging 7 more points this season than last year, he’s also scoring big wins with big time Instagram models.

For the past week or so, the New York Knicks star big man has been subtly shooting his shot at Instagram booty Jen Selter on the social media site.

Miss Selter is now returning the favor by liking Porzingis’ IG posts and then posting a booty pic with a “unicorn” caption.

For those that don’t know, “unicorn” is the nickname Kevin Durant gave Porzingis back when he first came in the league.

Earlier this week, Porzingis was spotted out and about with another Instagram model named “Bambi“.

Baby, I see it clear why you wanna be near. 📷 @jayalvarrez

Just give my man the MVP right now.