21 Rules Of Bar Etiquette Every Guy Should Live By, According To @GSElevator 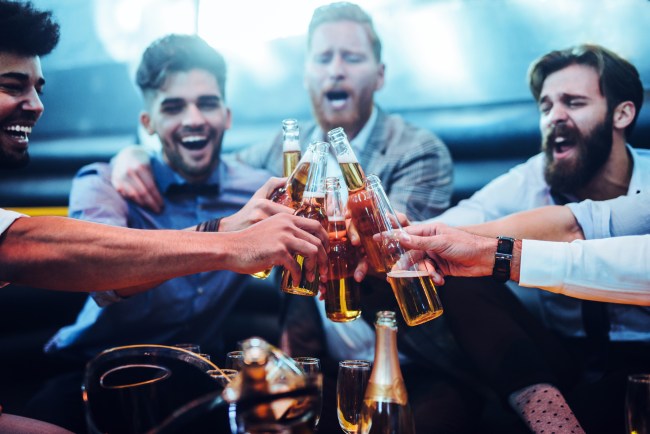 You can be dumb. You can be rude. You can be incompetent. I don’t really care, as long as it doesn’t impact me. But if you are any of those things in a bar and it interferes with my ability to drink, we’re gonna have a problem.

Read this, absorb it, and the next time you’re out in a bar, imbibe… and abide by these simple rules for bar etiquette, and a few tips for your drinking pleasure:

1. Be a regular at more than one bar. It’s a good hedge, if like me, you’ve been banned from a few.

2. Be patient. There’s no line to get drinks in your refrigerator.

3. Always tip more than you should. Tipping at a regular spot is also a good investment.

4. Never ask for a ‘good pour.’That’s asking for something for free, and bartenders can get fired for that. If they like you, they’ll hook you up.

5. Never tip a bartender on a free round.Thank him or her and tip big on the next round or when you close out.

6. If you’re having more than one drink, throw a card behind the bar. You can always settle the tab in cash at the end of the night.

7. Don’t get drunk on beer when you’re trying to pick up girls.When you’re in the bathroom every fifteen minutes, she’s checking out your competition.

8. Never take off your suit jacket. Nobody ever pictures a drunk in a suit and tie. Remove the jacket; destroy the illusion.

9. Don’t treat a bartender like he’s just some guy waiting until he finds a real job. The bartender at the St. Regis has a Range Rover and a beach house. 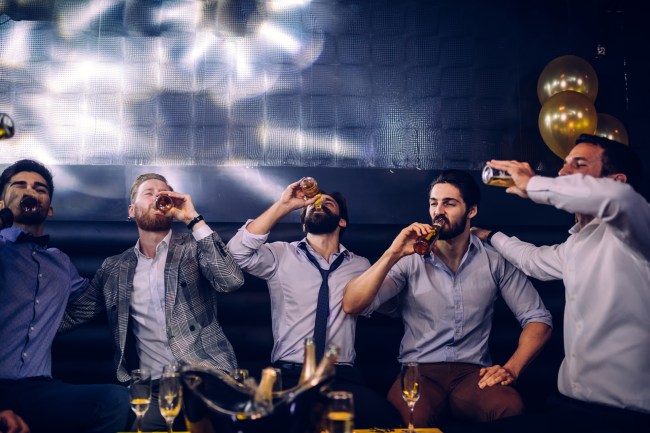 10. Drink where your wallet is comfortable. When it doesn’t matter how much the drinks cost, it’s always Happy Hour.

11. Don’t whistle, snap, yell, or wave money, unless you want people to think you work at Morgan Stanley.

12. If you want to buy a woman a drink, ask her permission. If the bartender has to say, “This is from the guy who didn’t have the balls to approach you,” you’ve got no chance.

13. If you are having friends meet you out, clear your tab before they show up. It’s not cool if they end up paying, but more important, it’ll expose you for the drunk that you are.

14. Do what you want to do, not what people expect you to do.If you want to put ice in your Pinot Grigio, go for it.

15. Don’t try ordering a drink from a bar back. But go ahead and throw him a fiver; he’s taking the bus home at 3am.

16. Don’t argue about a tab. If you’re arguing, it’s probably because it’s over a material amount of money.  And that means you’re probably not sober enough to argue.

17. “When in Rome…”Unless you’re on the beach, skip the piña coladas, or anything else that takes the bartender 5 minutes to make on a busy night.

19. Shots generally only serve one purpose, to speed up the effects of alcohol. There’s a time and a place, and that time and place comes around less frequently after the age of 30.

20. Always know what you are going to order ahead of time.Have a go-to drink in your repertoire. An old fashioned, vodka martini, a Budweiser, or even just a house chard. Sit down, take a sip, relax, and then figure out what you really want to drink.

21. You can get away with a lot more if you’re the one buying the drinks. Your jokes are funnier and your d**k is bigger.

John LeFevre is the creator of the @GSElevator Twitter feed, a curator on Instagram, and the author of Straight To Hell: True Tales of Deviance, Debauchery, and Billion-Dollar Deals which is out next week.