Why Airlines Overbook? Is United The Worst? How To Cut Your Chances Of Being Booted 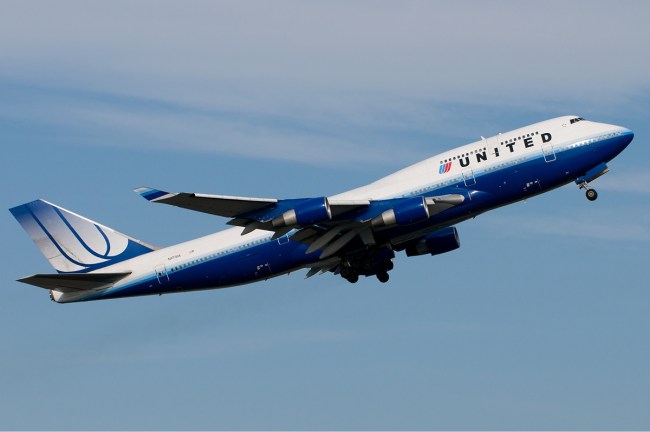 The United Airlines debacle of the doctor bloodied and forcibly removed from an overbooked plane continues to be a front page story. It is legal for airlines to overbook their flights and every airline does it to maximize their revenue. Each year, there are around 40,000 airline passengers who are kicked off overbooked planes.

The nasty habit of overbooking is carried out by the airlines because they want to maximize every flight. The logic behind overselling flights is to give airlines a financial advantage in the cut-throat, low-profit-margin business. On average, there are around 5% of people who are no-shows for their flights, but the number can rise up to 15%. Airlines use algorithms and statistics to determine the probability of passenger no-shows based on factors such as airport, weather, time, route, and amount of passengers coming from connecting flights that could be delayed. However, there still is a margin of error.

Here’s an insightful TED Talk video by Nina Klietsch asking and answering the question: “Why do airlines sell too many tickets?”

The Department of Transportation requires airlines to “seek out people who are willing to give up their seats for compensation before bumping anyone involuntarily.”

United’s contract of carriage states that passengers that are forced to be taken off a flight in the event of overbooking will be “determined based on a passenger’s fare class, itinerary, status of frequent flyer program membership, and the time in which the passenger presents him/herself for check-in without advanced seat assignment.”

According to the Department of Transportation, a total of 40,629 travelers were denied boarding involuntarily on domestic flights in 2016. Last year, there were 3,765 United Airlines passengers involuntarily kicked off flights from overselling tickets.

So which airlines are you most and least likely to lose your seat on a flight? According to the Department of Transportation’s “Air Travel Consumer Report,” here are the rates of involuntary denied boardings per 10,000 passengers in 2016:

According to government data, 434,000 passengers voluntarily gave up seats on the nation’s 12 largest airlines in 2016, including nearly 63,000 on United. The airline who overbooking the most was Delta Airlines, with about 130,000 passengers agreeing to give up their seats in 2016.

Here are how many would-be flyers voluntarily gave up their seats on top airlines per every 10,000 passengers:

The passengers on infamous United Airlines Flight 3411 were offered $400 and a hotel room, but then upped the ante to $800 and there were no takers.

“The money we offer passengers to give up their seats makes perfect sense to us,” says George, a statistician who works for a major airline told TechCrunch. “It is far cheaper to give someone a $500 travel voucher every now and again than letting planes fly at less than full capacity.”

“Budget tickets are our way to try to resolve some of that,” the anonymous airline industry insider said. “With non-flex tickets, we are giving you a great deal on air travel, but we attach a significant penalty to not turning up to your flight: They are expensive to re-book, and if you miss your flight, you have to buy another ticket.”

“We try to correct our error margins. If we miscalculate in a way that results in empty seats, we hope there are people on standby tickets who can fill the seats,” George explains. “If we get it wrong in the other direction, there are luckily usually a few passengers who are willing to take a couple of hundred dollars’ worth of vouchers and a hotel room in order to compensate.”

So how do you decrease your chances of being booted? Normally, airlines subscribe to the “last in, first out” philosophy. So if the flight is overbooked by two seats then the last two passengers will be denied boarding. So get to your flight early. Airlines are not supposed to board passengers on an overbooked plane.

Solo passengers, especially those with carry-on bags, are rejected from overbooked flights more than others.

United’s contract of carriage states that the process of deciding who will be kicked off is “determined based on a passenger’s fare class, itinerary, status of frequent flyer program membership, and the time in which the passenger presents him/herself for check-in without an advanced seat assignment.” Here is the contract of carriage for all airlines.

That means that if you have a certain type of fare class, checked in early, have a flier status such as gold, or even just own a barely used frequent flier card, you are less likely to be bumped.

Overbooking is most likely to happen during busy travel times such as spring break and the summer vacation season. However, inclement weather that causes flights to be canceled can cause planes to be overfilled.

You do have certain rights if the airline kicks you off your flight. Federal regulations state that airline must pay 200-400% of the customer’s one-way fare, up to a maximum of $1,350, depending on how long the passenger is delayed to his or her final destination for flights within the United States.

Earlier this month, Delta Airlines paid a family $11,000 to switch their flight to Florida.

What if you went to TGI Friday’s and ordered the bruschetta chicken pasta dish and just before you received your delightful meal the flair-wearing waitress tells you that you must vacate your table because someone else is entitled to your seat. You’d never accept that and would never frequent TGI Friday’s ever again. Airlines know you just want the cheapest tickets. And they take advantage of this.