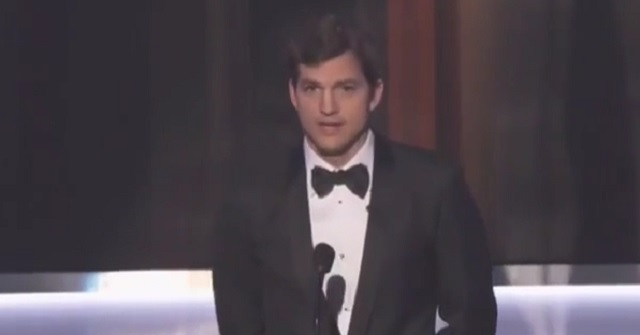 Tonight, Ashton Kutcher opened up the Screen Actor Guild Awards show with a reference to the protests around the country against Donald Trump’s executive order to restrict immigrants from predominantly Muslim countries.

While addressing the crowd Kutcher gave a shout out to those demonstrating against Trump’s travel ban.

Good evening everyone at home and everyone at airports who belong in my America. You are a part of the fabric of who we are, and we love you, and we welcome you.”

Kutcher took Twitter shortly afterwards to address those who criticized his speech.

If standing for the America that doesn't discriminate makes me a left wing actor who is out of touch. Fuck it.