These Are The Best ‘Would You Rather?’ Questions Ever (According To Reddit) 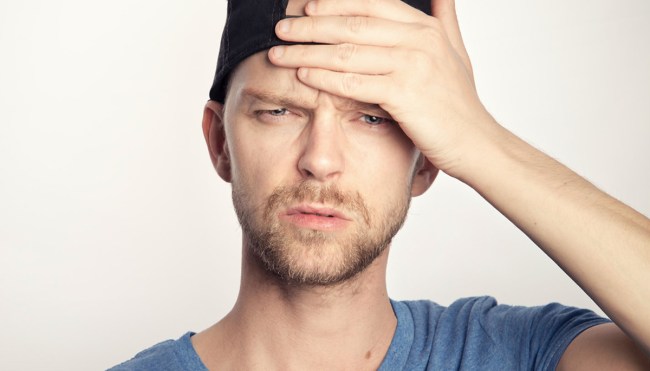 ‘Would You Rather?” is one of the all-time great drinking games. It puts people in awkward situations, often having to answer revealing and/or embarrassing questions in front of people they might be trying to keep secrets from.

It’s been a minute or two since I last played this game, and earlier I found myself on a thread of the best ‘Would You Rather’ questions ever dreamed up. Upon reading, I suddenly realized that I’ve never played ‘would you rather’ against an expert because these questions are all forcing you to choose between a rock and a hard place.

Some of them are mildly NSFW questions, but I know you’ll be OK:

Answer: I never want to eat at a restaurant again.

numbtongues:
Would you rather change genders every time you sneeze or not be able to tell the difference between a baby and a muffin?

Pappy_Smith:
Would you rather be able to read minds or able to see into the future?

noobiepoobie:
Would you rather give up your favorite food forever, or wake up every single day with a 2% chance that you are completely covered in peanut butter?

Answer: peanut butter. I don’t necessarily have one favorite food, I have many, and I’m not willing to give up any of them.

snowblows:
Would you rather have a vagina on your forehead or a line of penises down your back (like stegosaurs)?

remotewashboard:
would you rather
have a great dane sized house cat (with normal house cat behavior, so they wouldn’t be a lion or tiger)
or
a great dane the size of a standard pick up truck

Answer: If I could have a dog that large I would, without question.

Man_I_dont_know:
Would you rather fight Mike Tyson in his prime for 60 seconds or have his voice and lisp permanently?

Answer: luckily for me I’d never last 60 seconds in the ring with Tyson. He’d cross the ring and knock me out in seconds.

Penguin_Out_Of_A_Zoo:
Would you rather speak every language fluently, or play every instrument beautifully?
I love this one, because the answers are always split down the middle.

nagol93:
Invade Russia in the winter, or join a land war in Asia?

impvette:
would you rather give your parents unrestricted access to your browsing history, or your boss?

Answer: if you choose ‘coffee’ here you have something seriously wrong with your mind.

UberTheBlack:
Would you rather watch Jack and Jill, Paul Blart 2, and Spiderman 3, once per day in succession, or have Adam Sandler and Rob Schneider’s disembodied voices constantly telling the same dick joke to you for the rest of your life?

Anti-Anti-Paladin:
Would you rather have a cat with a human face, or a dog with human hands instead of paws?

NotReady2Adult:
would you rather be able to fly, but only for one kilometer at a time without extreme exhaustion, or have super strength but only when you’re in contact with another person?

Be able to fly.

luminumx:
Get 5 additional years to live but you know the day you die
Not know and get nothin’

Answer: I would walk 500 thousand miles.

Well, I guess we’ll end the article here because I’m stumped. It’s not like I’m giving up sex.

Well, that wraps up the coverage from my end but if you want to keep on reading these AskReddit stories you can CLICK HERE to see that thread in full!