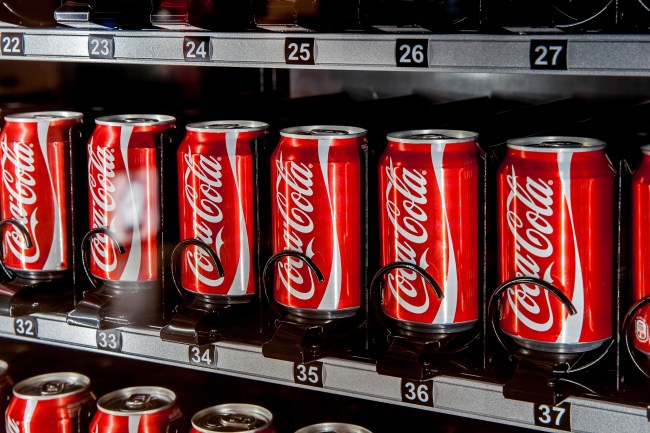 It’s Summertime and the living’s easy, right? Wrong. If you weren’t tan and rocking shredded abs by June 21st (the first day of Summer) then you might feel like there’s a lot of work to do this Summer. Tanning is serious business in some pockets of the country. 15 states and Washington D.C. all ban minors (under 18) from using tanning devices/tanning beds. 42 states regulate the use of tanning beds in America. Why? Because some people take tanning very seriously (G.T.L., am I right?).

I understand why people want to get tan. I grew up in Florida, I get it. But, this latest tanning craze is moronic. People are using Coca-Cola as fake self-tanner. They’re rubbing Coke on their skin to soak up a fake tan, and there are celebs out there swearing by this stupid shit.

While the Coca-Cola self-tanner craze began to take off someone from the magazine Allure reached out to a medical professional to see if this is legit or dangerous, and if it’s dangerous what the potential harmful effects might be. As you might expect, using Coca-Cola as self-tanner is not only stupid in practice it can also be potentially harmful to your body:

Which is why we reached out Joshua Zeichner, director of cosmetic and clinical research in dermatology at Mount Sinai Hospital in New York City, to warn of the risks behind the Coke self-tanning technique. “While some feel that Coca-Cola can speed up your tan, it actually can be dangerous, and I recommend staying away from it,” warns Zeichner, tells Allure. “Applying it to the skin may lead to a temporary darkening or staining of the skin, but because sodas are acidic, it may exfoliate dead cells, enhancing the ability of UV light penetrate into the skin. Ultimately, this may increase your risk of a sun burn.” (via Allure)

Back in H.S., I was on the crew team (rowing). As I mentioned before, I grew up in Florida. We practiced and often raced in the saltwater which can be extremely corrosive on the boats. The nuts and bolts would rust up infinitely faster than if we were to practice in freshwater. So every couple of months we’d have to break down the boats completely, removing every piece of metal, and we’d strip those nuts and bolts and riggers of any gunk/rust/etc by soaking them in Coca-Cola. Coke is so powerful that it would strip any saltwater damage right off the metal and leave them looking brand new. That’s when I stopped drinking Coke. I can’t imagine rubbing that garbage on my body for a fake tan, and I hope you bros out there aren’t lame enough to do this. Just go to the beach, dammit. (h/t GrubStreet)