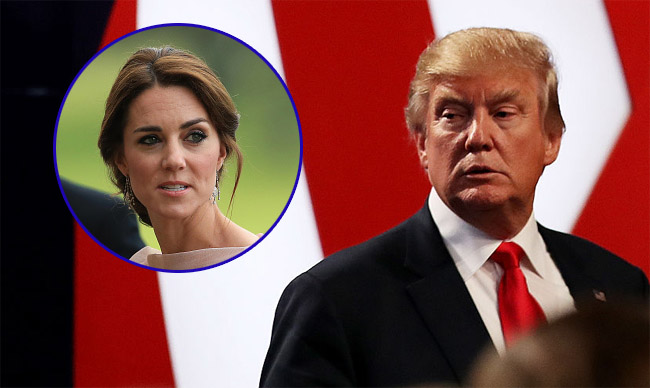 As if things couldn’t possible get more strange, now the internet has dug up some tweets made by our President, Donald Trump, that are more than a little cringe-worthy.

Back in 2012, the Duchess of Cambridge Kate Middleton was vacationing at her private home in France when some paparazzi snapped photos of her sunbathing topless.

Naturally, The Donald felt the need, for some reason, to weigh in on Middleton’s privacy being invaded.

Kate Middleton is great–but she shouldn't be sunbathing in the nude–only herself to blame.

Then, just to make he was clear, Trump doubled down.

Who wouldn't take Kate's picture and make lots of money if she does the nude sunbathing thing. Come on Kate!

Of course, now these tweets have resurfaced in the wake of Trump announcing that he has accepted an invitation from Queen Elizabeth II to visit her in England later this year.

Which, in turn, will probably do nothing to slow down this petition, already signed by over ONE MILLION people in less than a day, trying to prevent Trump from making that state visit to the United Kingdom.

Then again, maybe it won’t come up during the visit and the two of them can just have a little talk about how just days after Princess Diana died Trump told Howard Stern that he thought he “could’ve nailed her.”