Elon Musk Says He Just Got Government Approval For Hyperloop, A Train That Would Travel From NYC To D.C. In 29 Mins 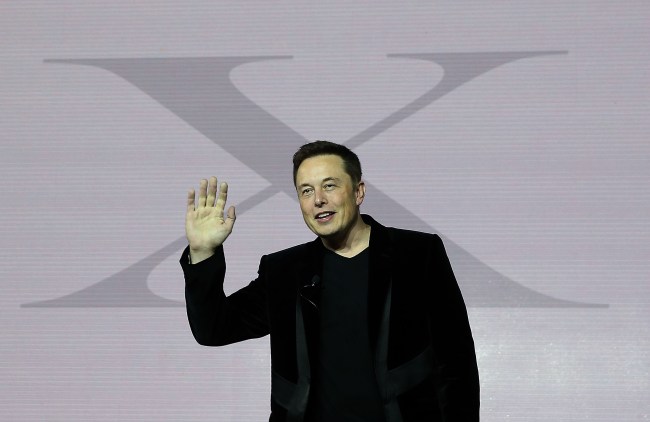 If you’ve ever sat in traffic on a Greyhound bus or paid up the ass for an Amtrak ticket to arrive at your destination only minutes faster than if you’d taken the road, this information will resonate with you.

Elon Musk, billionaire business magnate and guy who is dead set on starting a human colony on Mars, recently took to Twitter too announce that the American government has given him “verbal” approval to build the world’s longest tunnel for a super-high-speed train line to connect New York to Washington, D.C.

City center to city center in each case, with up to a dozen or more entry/exit elevators in each city

The train, which will be dubbed hyperloop, will travel 220 miles in 29 minutes and is essentially a long tube that has had the air removed to create a vacuum. The tube is suspended off the ground to protect against weather and earthquakes. For context, an Amtrak ride from D.C. to New York takes three hours and 20 minutes.

But before you New York/D.C. bros start planning trips to see your college buddies in the other state, this project is far from a done deal, and very, very far from production if approved. As Bloomberg points out, the tunnel would be twice as long as the current world record holder–the Gotthard Base Tunnel, a rail line that runs through the Swiss Alps. What’s more than the grandiosity of the scope of the project is the cost of it. A newly opened 2-mile stretch of subway in NYC cost $4.5 billion. If you extrapolate that number over the 220 mile hyperloop distance, Musk’s project would cost $495 billion. GULP.

Still a lot of work needed to receive formal approval, but am optimistic that will occur rapidly

This cannot come soon enough. The bus is a bitch.